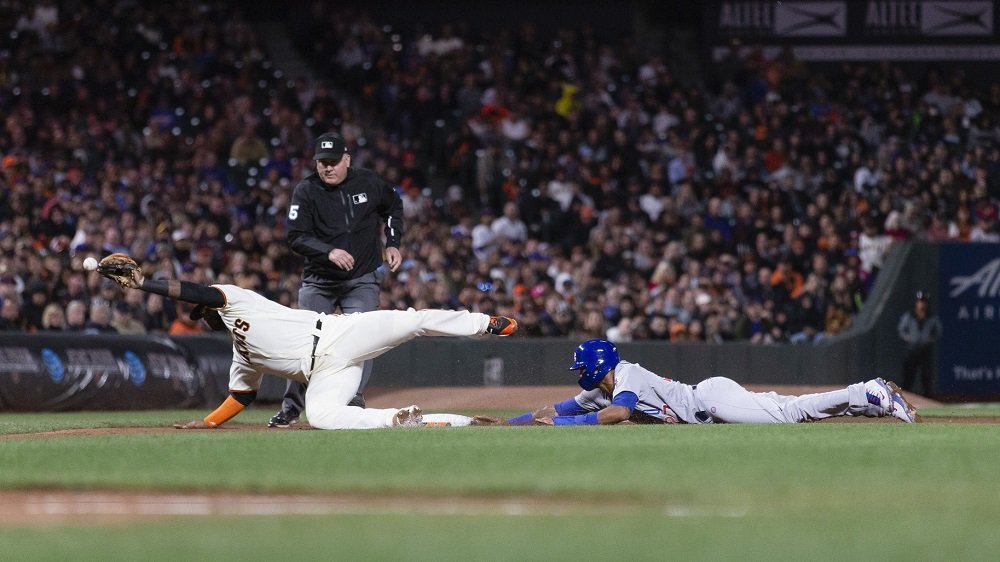 SAN FRANCISCO — With a three-hit shutout, the Chicago Cubs won an old-fashioned war of attrition against the San Francisco Giants at AT&T Park on Tuesday. Similarly to Monday's opening game of the three-game series, game two featured a critical run being scored due to careless defense. Taking the lead for good as a result of a wild pitch and an ensuing throwing error, the Cubs manufactured two runs in the top of the seventh to win 2-0 and set the stage for tomorrow's rubber match.

Cubs starting pitcher Jose Quintana, who is known for pitching well in the month of July, won his second straight start after dominating the San Francisco batting order in his six innings of work. Giving up just three hits and two walks, Quintana was impressive en route to moving to 8-6 overall, but the Cubs bullpen was arguably more impressive. Going nine up, nine down in the final three innings, Chicago relievers Carl Edwards, Jr., Justin Wilson and Steve Cishek secured the shutout victory with ease. Edwards, Jr., and Wilson each recorded a hold, and Cishek attained a save.

As for Giants starting pitcher Derek Holland, he pitched well through the first six innings but went on to receive a very unfortunate losing decision to drop to 5-8 on the year. After giving up a one-out double to Cubs shortstop Addison Russell in the seventh, Holland was pulled for reliever Sam Dyson.

The pitching change proved costly for the Giants, as Dyson threw a wild pitch that allowed Russell to reach third base. Making matters worse for the Giants, after corralling the wild pitch, catcher Nick Hundley fired an errant throw to third base in a desperate attempt at outing Russell. Sailing down the left-field line, the off-the-mark toss led to Russell coming home to score.

Dyson gave up another run after that. He caught a break first, though, as Kyle Schwarber, who was walked in the at-bat that included the wild pitch, was caught stealing second by a redeemed Hundley. However, Dyson then walked Ian Happ, who came around to score from first on a double by Victor Caratini that hit high off the wall in right field.

The two-run lead turned out to be more than enough for the aforementioned Cubs relievers to work with, as Chicago (52-37) coasted to a 2-0 win over San Francisco (48-46) to even the series at one game apiece. Totaling six hits and two walks, the Cubs could have definitely fared better at the plate, but they certainly outperformed the Giants, who mustered just three hits and two walks. The Cubs are now 8-2 in their last 10 games and will have a chance to win their fourth series in a little over a week with a victory on Wednesday.