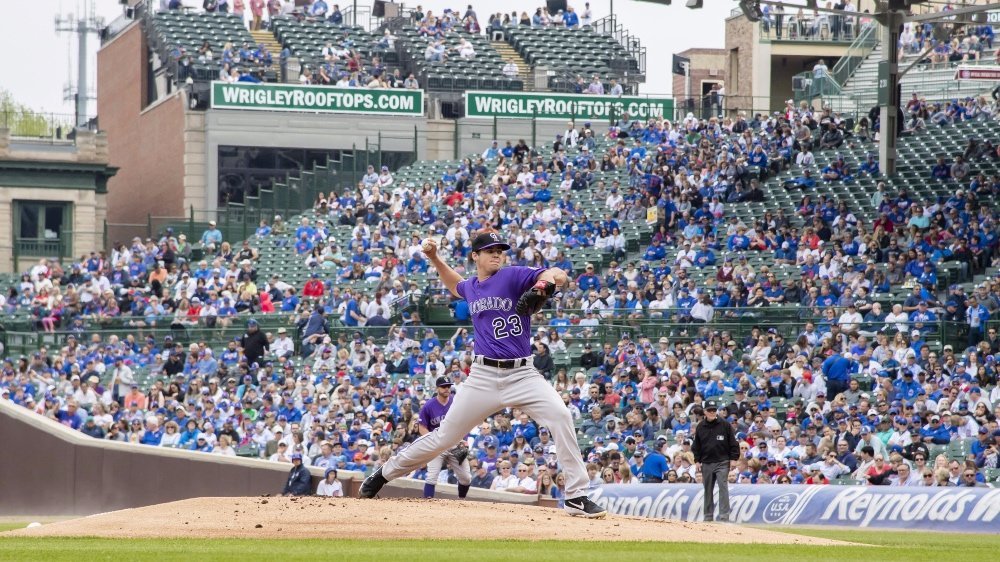 CHICAGO, Ill. — A far cry from the 9-8 barn burner that took place on Wednesday night, the series finale between the Chicago Cubs (34-27) and the Colorado Rockies (32-29) on Thursday afternoon was much more subdued. Missing out on a chance at a sweep, the Cubs fell 3-1 at Wrigley Field, with rookie Rockies starter Peter Lambert pitching a gem in his big-league debut. The Cubs tallied just one extra-base hit in the loss and went 1-for-6 with runners in scoring position.

Cubs starting pitcher Jose Quintana received little run support on the day. Giving up three runs on six hits and zero walks in 7 1/3 innings of work, Quintana was essentially done in by a 2-run fourth inning that the Rockies manufactured. A leadoff double by Trevor Story was soon followed by an RBI single from David Dahl. Later in the inning, Ian Desmond put the Rockies up 2-0 with an RBI double to deep center that plated Dahl. Meanwhile, Lambert pitched seven innings of 1-run ball, in which he struck out nine, and earned the winning decision. He also recorded his first major-league hit on a third-inning single.

Make your debut, get your first Major League hit!

As for the Cubs, they loaded the bases with two outs in the second, but Quintana struck out swinging to end the threat. Javier Baez got thrown out while attempting to advance to third on a routine grounder to shortstop earlier in the frame, which proved to be one of several missed opportunities suffered on offense by the Cubs. Baez made up for it by coming through with an RBI single in the sixth that scored Kris Bryant, who smacked a double into the left-field corner prior to that. Baez went 2-for-4 at the plate, and in his final at-bat, he hit into an inning-ending groundout with runners on the corners to close out the eighth.

In the seventh, Desmond notched his second double of the game when he smacked a 2-bagger that rolled to the wall in right-center. Bryant started in right field for the Cubs on the afternoon, and he lost a towering fly ball in the sun that resulted in a Mark Reynolds double just a handful of pitches after Desmond hit his. Desmond advanced to third on Reynold's extra-base hit and was then plated by a sacrifice fly off the bat of Chris Iannetta, resulting in the eventual final score of 3-1. The Cubs won two out of three in the series, though, and are 3-1 through four installments of their 7-game homestand.

When you put a 3rd baseman in right field at Wrigley. pic.twitter.com/D8qcERilAv