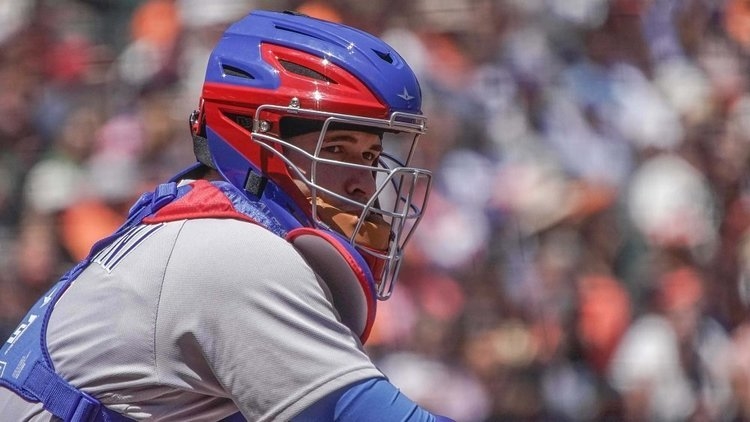 It was a rough night in the minors as the Cubs managed just a 2-3 record down on the farm. Despite that, several strong performances emerged as several players continue to make a name for themselves and climb the prospect radar.

IOWA CUBS 5 – Omaha Storm Chasers 11: It appears that Omaha is the Iowa kryptonite this season as they defeated the Cubs 11-5 on Monday to hand Iowa their longest losing streak of the season at three games. It was Trevor Clifton saddled with the loss as he didn’t even make it out of the first inning for a rare rough start. Matt Carasiti and James Norwood were also roughed up on the mound, while Rowan Wick and Randy Rosario combined to toss four shutout innings out of the pen. Rosario has yet to yield an earned run since his return to Iowa.

Omaha jumped out to a commanding lead plating five runs in the first to chase Clifton and grab the 5-0 lead before Iowa took their swings. After Phillip Evans got the Cubs on the board with a first-inning single, the Omaha offense grabbed two more runs in the second inning as they were in complete control 7-1 through two.

It was Evans again in the third inning as he remained red hot. One day after driving in four runs, Evans went deep for the fifth time of the season knocking in another run to bring things within 7-2. After reaching on a second-inning error, Jorge Bonifacio delivered a fourth-inning double to push the lead out to 8-2.

It appeared Iowa was starting to hit their stride in the fourth when Jacob Hannemann singled home another run to make it an 8-3 game. Victor Caratini continued his strong rehab with another RBI single in the sixth as the Cubs were now down 8-4. It was in the seventh inning when Omaha erased any doubts of a comeback effort from the Cubs as Brett Phillips hit his third homer of the season for an 11-4 lead. Dixon Machado connected for a solo homer in the eighth to round out the scoring with Iowa falling 11-5.

With this recent skid, the Cubs are now 24-14 but still, occupy first in their division four games ahead of Memphis. Caratini had a big night at the plate going 3-5 with an RBI while Ian Happ was held hitless 0-4 with two strikeouts. Happ did extend his on-base streak to 22 out of 23 games with another walk. Evans, Robel Garcia, and Trent Giambrone all added two hits as Iowa left 21 men on the bases in the loss.

TENNESSEE SMOKIES 1 – Birmingham Barons 6 (Game 1): Following a rainout on Sunday, it was a doubleheader for the Smokies as they looked to get back on the winning track. With Justin Steele delivering a strong outing by allowing just two runs in four innings to keep Tennessee in the game, a four-run fifth inning did them in as they dropped game 1 6-1.

The Barons were able to strike immediately in the first inning when Ti’Quon Forbes picked up an RBI groundout for the 1-0 lead. That lead doubled in the third inning as Luis Robert put Birmingham on top 2-0 with his first of the season.

With the score 2-0 heading into the fifth, the Barons busted things open with a huge frame off the Smokies bullpen. A Luis Alexander single made it a 3-0 ball game before Forbes delivered the knockout punch with his second homer of the season and 6-0 Barons lead. The Smokies were able to put an end to the shut out bid in their final at-bats with Charcer Burks single, but it wasn’t enough as they fell 6-1 in the first game of the day.

TENNESSEE SMOKIES 1 – Birmingham Barons 4 (Game 2): In the second game of the day, the Smokies offense continued to struggle scoring runs as once again they were held to one run. Add that to a rough outing from Brad Markey and you are handed a 4-1 loss for the doubleheader sweep.

Once again, it was the Barons striking first as they had their offense rolling in the first. With the bases loaded and just one gone, Gavin Sheets rolled one into left for the single to give the Barons a quick 2-0 lead. Looking to draw even in the bottom of the first, Tennessee got off to a great start as a bunt single from Roberto Caro followed by a Vimael Machin single had a pair on with no outs.

Jared Young was able to cash in the first run of the game with a sacrifice fly to center to make things a 2-1 game. Unfortunately, that is all the Smokies could muster offensively, as they were held to just two hits the rest of the game. With a one-run lead in the fourth, Blake Rutherford capped off the scoring with a two-run shot, as the Barons rode strong pitching to the 4-1 win and doubleheader sweep.

The Smokies are now a season-worst three games under .500 at 17-20. Nico Hoerner continues to sit as he has not seen a game in nearly a month since being hit by a pitch on the wrist. Although no significant structural damage has been shown, the Smokies are taking a cautious approach with him to make sure he is ready to go. Scott Effross and Jordan Minch were solid in relief tossing a combined three scoreless innings.

MYRTLE BEACH PELICANS 11- Winston-Salem Dash 1: In what possibly could have been their most complete game of the season, the Pelicans routed the Dash 11-1 to grab their 13th win of 2019. Taking the ball was Erling Moreno who delivered his best outing of the season. Moreno lasted seven strong innings allowing one ER on 5H for his second straight win. His ERA is still high at 7.47, but it has been under 3.00 over his last two outings.

In a rare instance, it was the Pelicans grabbing a first-inning lead as they never looked back. A bases-loaded Grant Fannell walk got Myrtle Beach on the board as they jumped in front 1-0. With that score still intact in the fourth, the Pelicans seized control of the game with a four-run frame. Aramis Ademan got things started with his second homer of the season and 2-0 lead. With the bases loaded again, Jhonny Bethencourt cashed in with a single to make it 4-0 Myrtle Beach before the Miguel Amaya ground out pushed the lead to 5-0.

The lone run allowed for the Pelicans on the night came in the top of the fifth inning when Steele Walker went deep for the first time this season cutting the lead to 5-1. That didn't phase myrtle Beach as they erupted with another big inning in the fifth. This time it was Kevonte Mitchell getting in on the fun as his three-run homer (5th) gave the Pelicans an 8-1 lead. Bethencourt and Amaya each added RBI singles later in that inning to put Myrtle Beach up 10-1 after 5.

Mitchell would later cap off the scoring with an RBI groundout in the eighth inning as the Pelicans dominated the Dash from start to finish for the 11-1 win. With the win, the Pelicans are now 13-25 but are 7-3 in their last ten ballgames. Mitchell, Amaya, Ademan and Tyler Payne all had two hits in the game with seven RBI’s coming between them.

His Instagram handle is KevonteTheGreat, and @_KevonteM was just that tonight in a 11-1 victory!

SOUTH BEND CUBS 3 – Bowling Green Hot Rods 0: With fireballer Brailyn Marquez on the mound, South Bend delivered a strong performance as they shut out the Hot Rods 3-0. Marquez was undoubtedly the story in this one offering his longest outing since the 2017 season lasting five innings allowing just four hits and 1BB to go with 6K. His ERA is 2.52 as South Bend hopes this was a sign of things to come.

Scoring was certainly at a premium in this one as both starters were on top of their games early. With the game deadlocked 0-0 through five innings, South Bend finally broke through in the sixth proving one run would indeed be enough. That run came from Jonathan Sierra as took one over the fence for his second homer of the season and 1-0 lead.

Looking for some much-needed insurance runs to put the game away, the Cubs added to their lead in the ninth which appeared to crush the hopes for the Hot Rods. Tyler Durna reached on an error before stealing second to put himself in scoring position. With two outs, Christopher Morel tripled home Durna to push the lead to 2-0 before coming home on another error giving South Bend a 3-0 lead. Ethan Roberts took care of the rest slamming the door in the ninth for his fifth save, and 3-0 Cubs win.

South Bend now sits a season-best five games over .500 at 20-15 and are 1GB of the first place Great Lakes Loons. Andy Weber continued his recent strong stretch of play collecting three of the teams eight hits in the game. Five other Cubs added one hit on the night as the Cubs were in control much of the game. Ryan Lawlor tossed three shutout innings out of the pen to drop his ERA to 1.83.