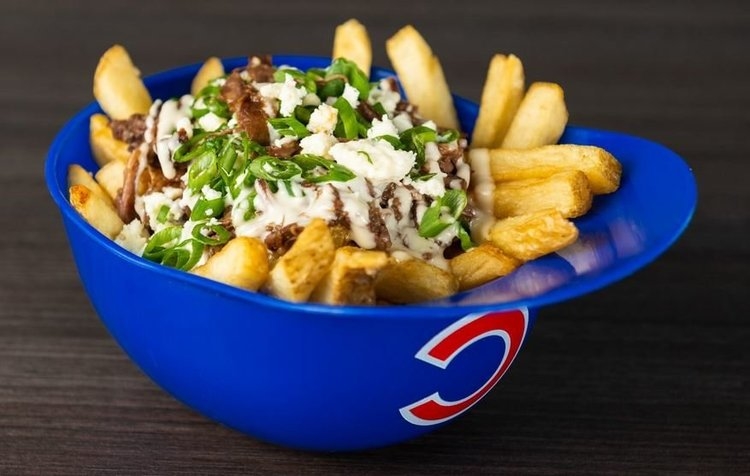 CHICAGO – The Chicago Cubs will kick off the 2019 season at Wrigley Field Monday, April 8, at 1:20 p.m. against the Pittsburgh Pirates. The first homestand of the season includes a three-game series with the Pirates April 8, 10-11, followed by an Interleague matchup against the Los Angeles Angels April 12-14.

New this season, fans will enjoy an enhanced gameday experience with the addition of the upper level concourse with more food and beverage options, seating in the right and left Terrace Level, a seat renumbering system, which will make the ballpark easier to navigate, and expanded free Wi-Fi service powered by Xfinity is available throughout the ballpark and Gallagher Way using the network labeled "XfinityWifi@Wrigley." Fans can learn more at www.wrigleyfield.com.

The Cubs are bringing back the affordable ticket program 10/Sixty Tickets for its second year. 10/Sixty Tickets, named in honor of Wrigley Field’s famed address: 1060 W. Addison St., offers 60 lower-level Terrace seats priced at $10 inclusive of taxes and fees for all 2019 regular season home games. Fans can submit an online registration through MLB’s Ballpark app or by visiting www.cubs.com/10sixtytickets.

A limited amount of tickets remain available for the Cubs home opener. Fans can purchase tickets by visiting www.cubs.com or calling 800-THE-CUBS. Tickets will be delivered exclusively through the free MLB Ballpark app, which is a secure and convenient way to instantly access Cubs tickets. For more information about the MLB Ballpark app, visit www.cubs.com/ballparkapp.

The Chicago Cubs and hospitality partner Levy are bringing a locally sourced focus to Wrigley Field dining locations in 2019. New food and beverage offerings this season include:

New at Wrigley Field this year: Short Rib Disco Fries in a helmet, Pork Tenders with Japanese BBQ, House Made Chips in a bag (?? by @LevyRestaurants) pic.twitter.com/rb5tA2QAyT

Fans can sip new flavors and varieties of beer, cider, wine and spiked seltzer this season. More than a dozen new draft and packaged craft beer selections will be served across the venue from breweries with Chicago and Midwestern roots. Alongside domestic draft favorites, fans will find cream and fruit ales, mango wheats, German style Kölsch, rosé cider and local IPA. Fans can order wine by the bottle served in a souvenir Cubs carafe or sample a rotating selection of seasonal varietals thanks to an expanded partnership with Terlato Wines.

· Pregame: Ceremonial flyover from the 90th Flying Training Squadron out of Sheppard Air Force Base, Texas

· Pregame: Anthony Rizzo will be presented with the 2018 Rawlings Gold Glove Award

· First pitch: Actor Joonas Suotamo, best known for his role as Chewbacca in “Star Wars: The Force Awakens,” “The Last Jedi,” “Solo” and the

· Pregame: Javier Báez will be presented with the 2018 Silver Slugger Award

· Pregame: Ceremony to honor the legacy of Jackie Robinson