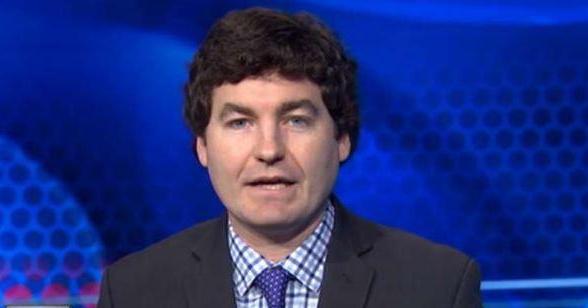 On this week’s edition of the Cubs Corner, Anthony welcomed The Athletic’s Patrick Mooney to talk all-things Cubs.

Mooney made it seem as if he thinks Addison Russell will probably make a come back in September for the Cubs and become a late-inning replacement at second base and Javy Baez’s backup at short. However, in terms of Russell’s future Mooney made it seem that it is not likely that the Cubs tender him a contract this offseason.

In terms of Maddon, Mooney suggests that the writing is on the wall for the Cubs skipper. Unless the Cubs win the World Series or fight in the NLCS hard, it seems unlikely that Joe Maddon will be signed in the future.

Mooney also said it seems more likely as of now that Javier Baez receives a mega extension over Kris Bryant. However, Mooney said if any team should pull off two massive deals, it should be the Cubs.

As the season unfolds, Mooney believes the second base situation will unfold with it. With Ben Zobrist’s return upcoming, the second base picture will continue to be complicated, as the Cubs hope David Bote, Tony Kemp, Ian Happ, Addison Russell, Ben Zobrist or Daniel Descalso begin hitting to their potential.

Mooney also believes the Cubs have the most talent in the division and should fix the road woes the team has experienced, and should they do that the team seems primed for its third division title in five seasons.

Mooney also said the Yu Darvish continuing to pitch well remains the most significant X factor down the stretch of the year.

In terms of the Cubs winning the World Series and the key to doing that, check out this week’s edition of the Cubs corner to hear Patrick Mooney’s tell Anthony his take.