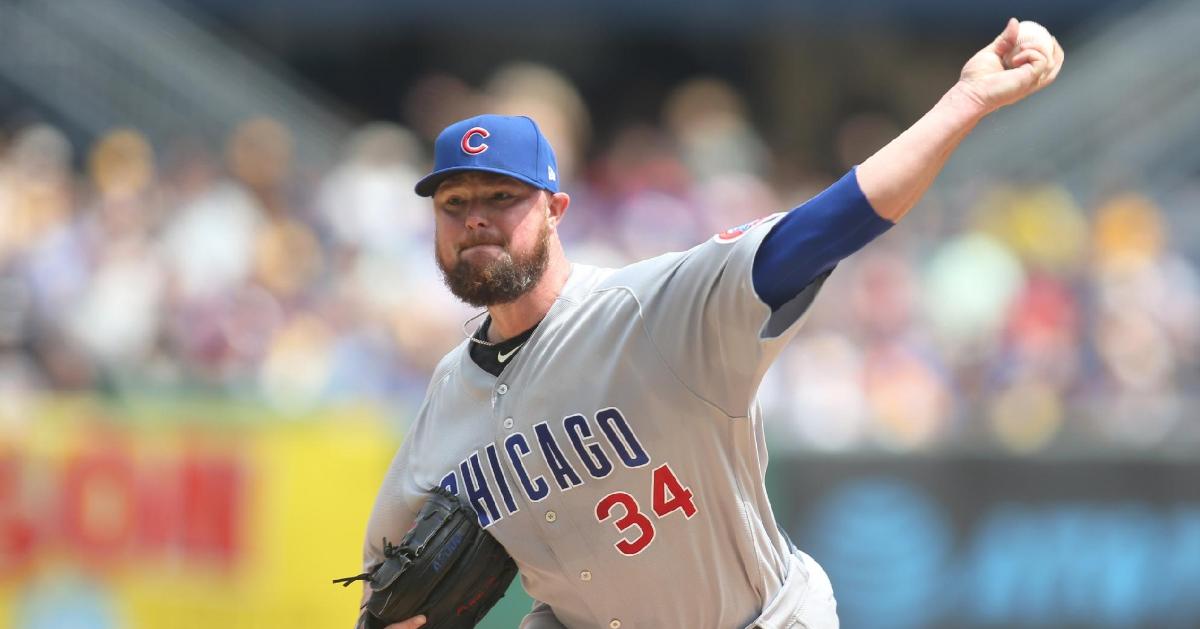 PITTSBURGH — Shaking off the ninth-inning troubles that resulted in two consecutive walkoff losses, the Chicago Cubs (65-58) took a 2-0 lead into the bottom of the ninth on Saturday and did not relinquish it. Defeating the Pittsburgh Pirates (51-71) 2-0 at PNC Park, the Cubs came out on top in a war of attrition that was scoreless through six innings. A go-ahead solo home run by Kris Bryant proved to be the winning run for the Cubs, who snapped a four-game losing skid.

Clutch pitching under pressure was a fixture of the contest for Chicago, with starter Jon Lester escaping several jams in his six innings of work. The Pirates went 0-for-12 with runners in scoring position, left 11 men stranded on base and grounded into two double plays. While the Pirates mustered just four hits, they drew six walks and boasted several scoring opportunities. However, the Buccos never converted those scoring opportunities into runs and were shut out because of it.

Lester gave up five walks and four hits while striking out three in his scoreless outing. Steven Brault started on the mound for the Pirates and fared well in his seven innings pitched, as he was taken for only two hits and one walk while fanning eight. Unfortunately for Brault, the first pitch that he threw in the top of the seventh was taken deep by Bryant, and Brault wound up receiving the losing decision as a result. Like the Pirates, the Cubs tallied a meager four hits, and they also drew just two walks while striking out ten times.

Although the Cubs' bats were not exactly on fire on the afternoon, with the North Siders going 0-for-5 with runners in scoring position and leaving four baserunners stranded, Bryant's home run and a costly Pittsburgh throwing error led to the Cubs winning the National League Central duel. Meanwhile, the Pirates loaded the bases with one out in the first and proceeded to line out in back-to-back at-bats. In the fifth, the Pirates boasted a bases-loaded opportunity with zero outs, thanks in large part to a throwing error committed by Bryant, but Lester buckled down and managed to escape the jam unscathed.

Bryant suffered another error when he was unable to corral a grounder in the bottom of the sixth, thus putting men on first and second with nobody out for the Pirates. Lester was not fazed, though, as he forced a double-play groundout thereafter and punctuated the inning by collecting a swinging strikeout. On top of Lester's clutch pitching, aside from Bryant's blunders, the Cubs showed out on defense, with outfielders Ian Happ and Jason Heyward making spectacular diving catches to help keep the Pirates at bay.

For everyone clamoring for a defensive highlight. pic.twitter.com/38i3Ggxgry

The top of the seventh saw Bryant atone for his defensive gaffes by drilling a leadoff jack. Marking Bryant's 25th home run of the year, the 387-footer carried out to left field and put the Cubs up 1-0. Lester was pulled after giving up a leadoff double and an ensuing walk in the bottom of the seventh, and reliever Tyler Chatwood replaced him on the bump. Despite hitting a batter to load the bases with two outs, Chatwood avoided letting the Cubs' lead slip away in the seventh frame.

Pirates reliever Michael Feliz pitched the top of the eighth and struggled out of the gate, with Happ and Jonathan Lucroy hitting consecutive singles to start the inning off. Happ reached third base on Lucroy's base knock, and a throwing error by Pirates catcher Elias Diaz on a failed pickoff attempt of Happ enabled Happ to score and increase Chicago's advantage to two runs. Later on, the Cubs sported a decent scoring chance when Pirates reliever Francisco Liriano walked a batter and hit a batter to kick off the top of the ninth.

Due to a double play and a strikeout, the Cubs failed to push an insurance run across in the ninth, which set the stage for Cubs relief to face its ninth-inning pitching demons. Chatwood walked the leadoff man and was subsequently relieved by Rowan Wick, who forced the Pirates into three straight groundouts and locked up the Cubs' 2-0 shutout triumph for his first career save. Sunday's game will see the series shift to Williamsport, Pa., for the MLB Little League Classic, which will serve as the rubber match of the 3-game set.