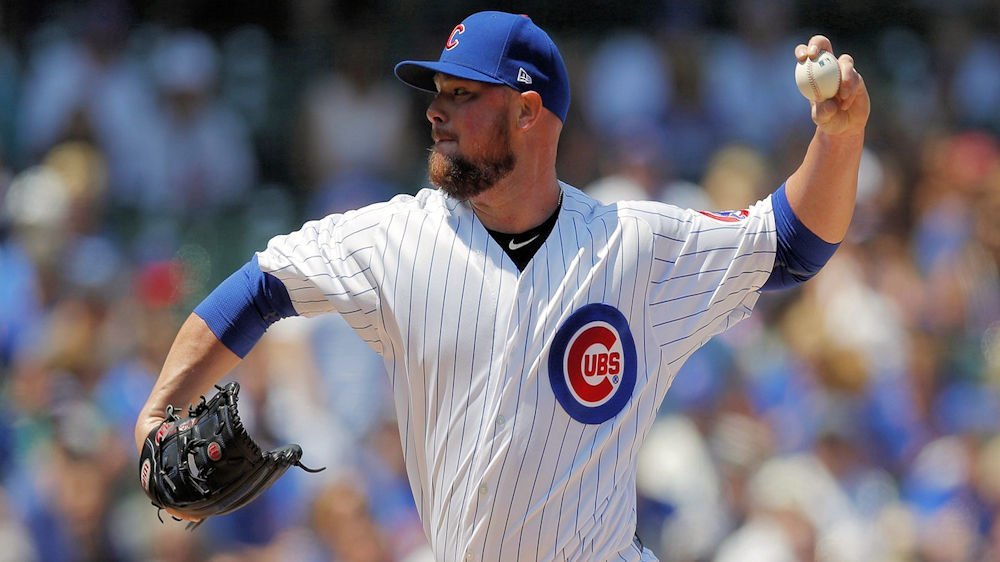 CHICAGO — The Chicago Cubs did not exactly come alive at the plate after scoring a combined two runs in the first two games of their series against the Arizona Diamondbacks, but they were able to hold the D-backs in check for the first time. Limiting the Diamondbacks to five hits and zero walks, Cubs pitching was led by starter Jon Lester. Thanks to a crucial pinch-hitting appearance by Javier Baez, Lester's work was not done in vain, as the Cubs scored a late run to come away with a 2-1 victory.

The Cubs took the lead for the first time in the series when center fielder Albert Almora, Jr., scored on an RBI single hit up the middle by second baseman Ben Zobrist in the fourth inning. Almora, Jr., who set up the run with his second double of the game, was the only Cub to garner multiple hits on the day. He also showed out on defense, robbing Diamondbacks shortstop Nick Ahmed of a hit with a diving snow-cone catch in the second frame.

Lester, meanwhile, bounced back after a rough outing in his last start. He fanned seven in six innings pitched, and his only run allowed came on a solo home run from A.J. Pollock in the seventh that barely cleared the wall in left field. Lester was pulled after that and received a no-decision for his efforts.

The Cubs took the lead for good in the eighth. Baez, who did not start after suffering a minor knee injury on Tuesday night, hustled to beat out an infield dribbler. He also took second base on the play as a result of an errant throw from Arizona pitcher T.J. McFarland. Baez's effort was admirable, as he was visibly gimpy while trotting to second base on the throwing error.

A @javy23baez pinch-hit single pays off as we regain the lead in the 8th!#EverybodyIn pic.twitter.com/ksyMvksWQ4

Cubs pitcher Tyler Chatwood then came in to pinch run for Baez. Following a walk of Ian Happ, Cubs right fielder Jason Heyward stepped up to the dish in another pinch-hitting spot and helped to drive in the winning run. Heyward hit a chopper up the middle that Ahmed attempted to convert into a double play. Heyward would have beaten it out anyway, but Ahmed attempted a bad throw to first base, and the error led to Chatwood coming home to put the Cubs up 2-1.

Heyward found himself as the center of attention on the defensive end soon afterward. He started the ninth inning off by making a great play on a fly ball in right field. On the next at-bat, however, Heyward lost a towering popup in the sun, resulting in Diamondbacks first baseman Paul Goldschmidt attaining a double. However, Cubs reliever Pedro Strop remained composed and earned two straight outs after that to collect his fourth save.

With the 2-1 win, the Cubs (59-42) moved to 1-2 in the series. McFarland took the loss for the Diamondbacks (56-47) and is now 2-2. Cubs reliever Carl Edwards, Jr., picked up the win to improve to 3-1. Chicago will have a chance to pull out a split in the four-game set when they battle Arizona in the series finale tomorrow afternoon.