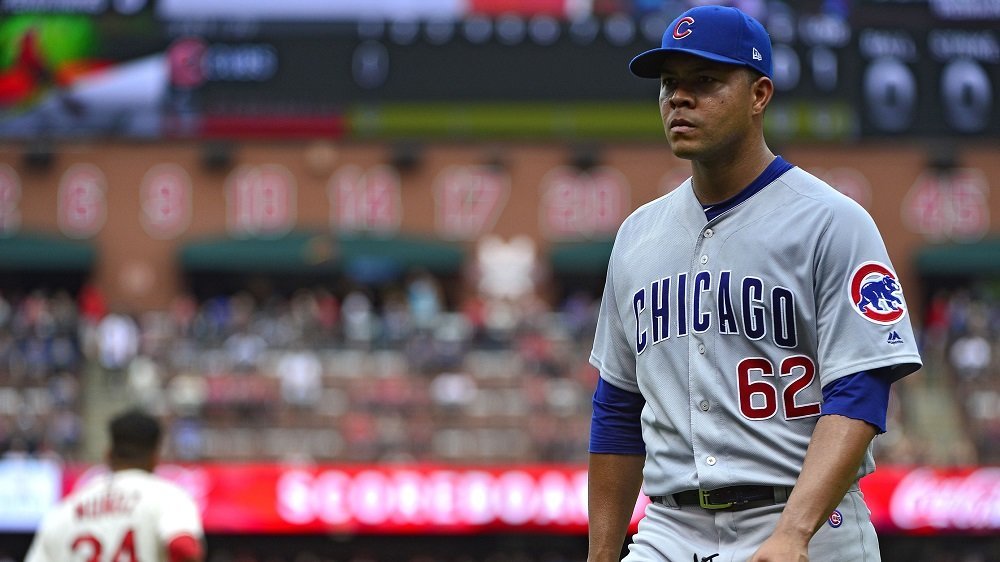 ST. LOUIS — Scoring six runs in the first inning, the St. Louis Cardinals cruised to victory over the Chicago Cubs on Saturday afternoon. With the Cubs' only runs coming from a two-run homer hit by Javier Baez, the Cardinals did not face much of a threat. Cubs starting pitcher Jose Quintana lasted just three innings on the mound in his second duel with Cardinals starter Miles Mikolas in less than a week, and his first-inning woes culminated in a 6-2 loss for the North Siders, who are now 4-6 in their last 10 games.

Becoming just the second pitcher to throw a 50-pitch inning this season, Quintana tossed 51 pitches as part of a six-run shellacking in the opening frame, in which the first five batters all reached base before an out was finally recorded. Cardinals leadoff hitter Matt Carpenter incited the action by beating a shift with a bunt to the third-base side. Three at-bats later, he was ushered home on a bases-loaded walk.

Marcell Ozuna followed that up with a grand slam, which was his 11th home run of the season. Former Cub Dexter Fowler scored later in the inning on a Yairo Munoz double to put the Cardinals up 6-0. Quintana was able to compose himself after the first inning but was still pulled after just three innings, likely because of the toll of the strenuous bottom half of the first. Four of his six hits and all three of his walks came in that disastrous half-inning. Quintana received a loss to drop to 9-7 overall.

Clears his eyes and then clears the bases! ?? pic.twitter.com/zKtFzRFTNh

Quintana's counterpart on the day was Mikolas. The two hurlers faced off in a Cubs victory against the Cardinals this past Sunday. Quintana was far more efficient that day, as he picked up the win. Mikolas proved to the better of the two on Saturday by throwing six innings of two-run ball and receiving a win to become 11-3 on the year. Mikolas gave up six hits and walked just one.

Baez's two-run homer served as the only true mistake committed by Mikolas in the contest. An opposite-field blast that barely cleared the wall in right field, Baez's 21st dinger of the season scored Jason Heyward and made the score 6-2 in the fourth.

Heyward hit a one-out single to set up the Baez home run. A few innings prior, Heyward made magic happen on defense, as he threw a dart from right field to Ian Happ at third base for an inning-ending tag out of Jose Martinez on a single by Ozuna.

Jason Heyward with an absolute laser to get the out at third.

All in all, the Cubs tallied seven hits and two walks and left eight runners stranded on base. The seven hits were produced by seven different batters. The Cubs (60-44) have now dropped the first two games of the three-game set at Busch Stadium and will look to avoid a sweep to the Cardinals (53-51) when they face off with them in the series finale tomorrow night.