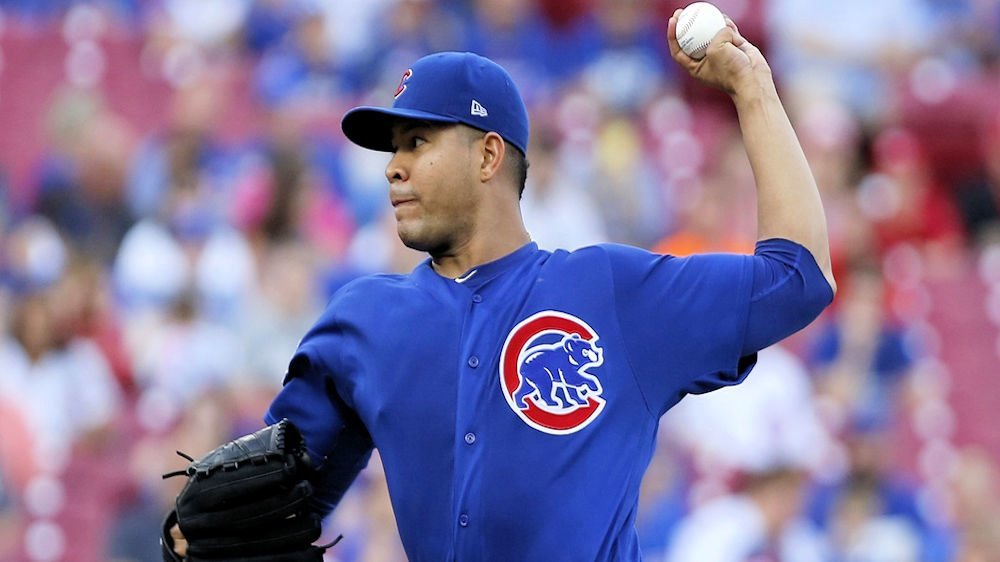 CINCINNATI — For the second straight game, the Chicago Cubs (42-31) blew a lead in a loss to the Cincinnati Reds (30-45). Falling 6-3, the Cubs were done in by a costly three-run fifth inning for the Reds that featured a letdown by starting pitcher Jose Quintana. Leading 3-1 at one point, the Cubs were fortunate to have been as successful as they were in terms of run production, as they mustered just four hits and one walk over the course of the entire game.

The Cubs' lack of offensive production made for a relatively quick game that lasted approximately two hours and 40 minutes. Reds starter Luis Castillo gave up all four of the Cubs' hits in his 5.2 innings pitched. He struck out five and picked up the win to become 5-8. The Reds bullpen dominated, with three Cincinnati relievers combining to throw 3.1 innings of shutout ball and not allowing a single Cubs hitter to reach base.

The Reds went up 1-0 as part of three-hit second frame, in which Billy Hamilton smacked an RBI single to right field. Quintana never settled into a groove in his start, giving up nine hits and walking two in just five innings pitched. Quintana's four-run outing earned him a loss, making him 6-6 on the year. Cincinnati was much better than Chicago at the plate, collecting 12 hits and four walks.

The Cubs' Ben Zobrist, the lone Cub to garner multiple hits, sparked a three-run fourth inning with a double to right. With two outs, Javier Baez laid down a perfect bunt as part of a squeeze play. The bunted ball trickled down the third-base line and enabled Zobrist to score from third. On the next pitch, slugger Kyle Schwarber swatted a two-run bomb to center field for his team-leading 15th homer.

.@kschwarb12 has homered in three of his last four games.

He leads the #Cubs with 15 on the year! #EverybodyIn pic.twitter.com/QAasSaPIC2

Quintana quickly gave up the lead, though. In the bottom of the fifth, Jose Peraza led off with a single and proceeded to steal second. After a strikeout, Quintana gave up an RBI single to Joey Votto that made the score 3-2. Quintana arguably should have been taken out at that point, but he remained in the game and was instead taken out of the park on a costly home run. Eugenio Suarez, who led all batters with three hits, cranked a two-run blast to center to provide the Reds with a lead that they did not relinquish.

The Cubs advanced just one runner into scoring position the rest of the way, while the Reds tacked on two insurance runs. Adam Duvall scored Votto on an RBI single in the seventh, and Peraza came home on a single by Alex Blandino in the eighth. Having now lost two in a row to Cincinnati, the Cubs will have to win the final two games of the four-game set at the Great American Ballpark to avoid dropping a series against the last-place Reds.