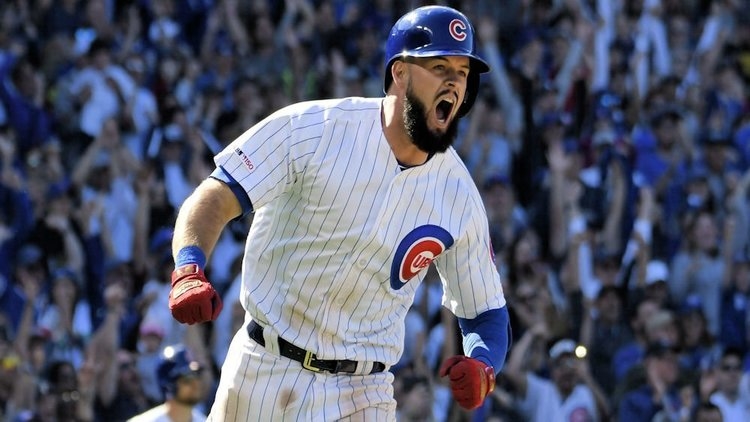 In just his second season in the majors, David Bote has already developed a flair for dramatic hits. (Credit: David Banks-USA Today Sports)

CHICAGO, Ill. — The Easter Bunny was overshadowed by the "Easter Bote" at Wrigley Field on Sunday. Giving the Chicago Cubs (10-10) their first walk-off win of the season, Cubs third baseman David Bote tabbed his fourth career walk-off RBI with a single to right in the bottom of the ninth to provide the North Siders with a 2-1 triumph over the Arizona Diamondbacks (11-11) on Easter.

Javier Baez's 200th career extra-base hit had quite the import in the rubber match between the Cubs and the D-backs, as the triple hit off the wall in right-center field by the star infielder proved to be the only substantial hit of the game prior to the ninth. Braced by the RBI 3-bagger slugged by Baez in the bottom of the sixth, the Cubs led the Snakes 1-0 entering the ninth. However, a solo home run from Arizona leadoff man Jarrod Dyson knotted the game up in the top of the ninth and gave Baez another opportunity to come through with a critical hit, which he did via a leadoff double in the bottom of the ninth.

Only nine combined hits were manufactured in the Easter matchup, as Cubs reliever Tyler Chatwood, who made a spot start on the afternoon, went toe to toe with Arizona starter Robbie Ray on the hill. Chatwood walked the first batter of the game on just four pitches but settled down after that, giving up a meager two hits in his 6-inning appearance. Ray was solid, too, but his spotless outing came undone not long after he beaned Cubs first baseman Anthony Rizzo with a pitch with two outs in the sixth. Baez stepped up to the plate after that and wasted no time in breaking the scoreless tie, with the shortstop drilling a first-pitch slider for the aforementioned RBI triple that marked the 200th extra-base hit of his career.

When you hit @ARizzo44, then you get to deal with @javy23baez.#EverybodyIn pic.twitter.com/XI1QE4Qhyy

Cubs closer Pedro Strop entered the game in the top of the ninth with a chance to close the book on Arizona and earn a save, but he was taken deep by Dyson on the game-tying dinger with one out in the frame. Baez quickly made up for the blown save by slapping a double down the first-base line to begin the bottom of the ninth. D-backs right fielder Adam Jones struggled to field the ball and was charged with an error that allowed Baez to reach third.

Arizona reliever Archie Bradley never recovered after that, as he hit Cubs catcher Willson Contreras on the very next pitch and gave up the winning single to Bote in the at-bat after that. The Cubs took two out of three from the D-backs in the series. Baez, Bote and Rizzo each tabbed two hits in the 2-1 win in the rubber match.