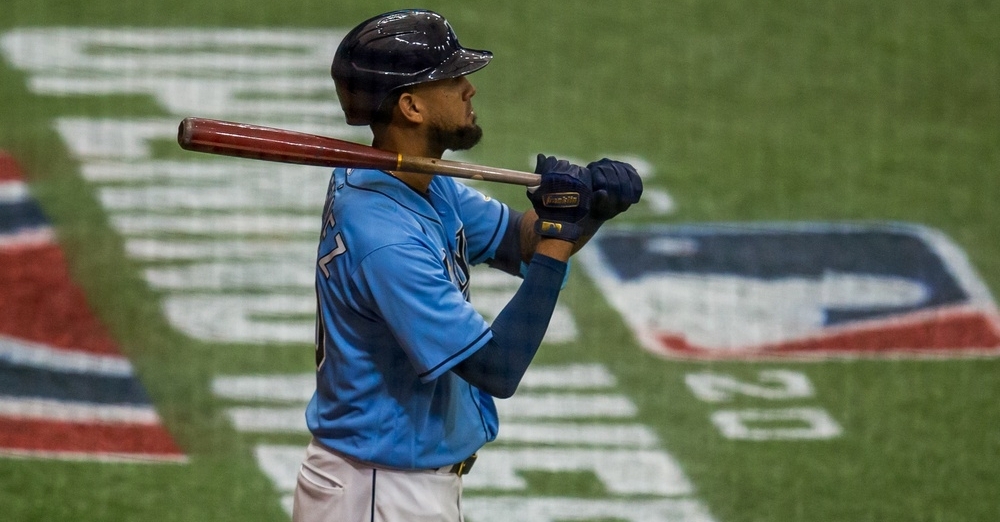 As we have hit the 2020 MLB Trade deadline, this will certainly be interesting in terms of what teams will do. The Cubs have made it known what their plans are in terms of deadline pieces and said they wouldn't make a trade just to make one.

Well, it looks like the Cubs are sticking to their word in terms of filling needs as the Cubs traded with the Tampa Bay Rays on Sunday, acquiring former St. Louis Cardinal Jose Martinez in exchange for two players to be named later. A few hours later, it was announced that the Cubs signed A.J. Ramos out of free agency and assigned him to their South Bend site. While these are certainly not going to get your juices pumping too hard, they are both moves that make sense and make this team better.

Starting with Ramos, and this was a free-agent deal after the Los Angeles Dodgers released him. At 33 years old, Ramos has plenty of experience and can certainly help the Cubs in late-inning situations should he get the opportunity. Ramos has bounced around a lot in his career, but had the most success as a Marlin and Met earning an all-star nod as the Marlins closer in 2016.

In 374 games across eight seasons of MLB work, Ramos has posted a 17-18 record, but his 3.07 ERA is well above average. The thing that stands out the most is his late-game success as both a closer and a setup man. So far, Ramos has logged 46 career holds and has recorded 99 saves in 119 chances. That includes his 40 save season in 2016.

Ramos may not have pitched in a big-league game since 2018, but he offers the Cubs flexibility in the back end of the pen, something the Cubs are looking for. Ramos has also held opponents to just a 202-batting average across his career, logging over 400 strikeouts in the process. Ramos is getting up there in age, and his velocity has decreased a little. That is not concerning as the velocity dip hasn't been significant.

He still will throw his fastball in the 93-95 range and work off his secondary pitches, especially his slider. I get the sense that he is going to South Bend to work out in front of Cubs scouts, but I don't anticipate him in South Bend too long. With Kimbrel's future and other bullpen arms in question, Ramos would be an excellent insurance policy to have if he comes close to his career line.

On the other hand, Martinez was a nice pickup for the Cubs who didn't have to give up anything on the big league roster. Yes, they agreed on a pair of players to be named later, but we don't know when they will be announced. If Martinez sounds familiar, it would be from his days as a Cardinal in which he had numerous big games, and clutch hits against the Cubs. An outfielder by trait, Martinez has had a hard time carving an everyday spot in lineups as his defense is subpar at best.

While the defense has never been his strong suit, his bat has also been loud, which is why teams expected big things from him. The guy may only have 43 homers across five major league seasons, but his .294 average in a platoon role shows he knows how to put the bat on the ball and make contact. His best days came as a Cardinals playing a pivotal role in both the 2017 and 2018 seasons. Over those two years, Martinez hit .307 with 31 homers and 150 RBIs.

That is the kind of production the Rays were hoping for when they signed him this season, but instead, they are less than happy with what he has done. Martinez has struggled to get going hitting just .239 with two homers and 10 runs driven in for the season. Those stats are not something the Cubs need, but there is a reason this deal makes sense.

For starters, the Cubs are familiar with what Martinez can do and have seen firsthand how good of a hitter he is. Maybe coming back to the National League will help. Secondly, Martinez not only can play the outfield but can also play some first base, which could come into play in giving Anthony Rizzo a day off or two. Yes, Martinez won't be in the field much but can spare some guys if needed.

Third and perhaps most importantly, Martinez is flat out crushing left-handers this year, something the Cubs are not doing. One of the needs Theo Epstein mentioned in discussing the trade deadline was finding a bat who could hit lefties. Martinez is undoubtedly that bat, and it came at a lower price than some other options.

Finally, Martinez has been the DH for Tampa this season, which will most likely become in Chicago. With the struggles of Willson Contreras, especially at the plate, look for Victor Caratini to maybe get more looks behind the dish and less at DH. That is where Martinez will come in handy as he could slide immediately into the DH spot without messing too many things up.

If Martinez can get back to the way he was with St. Louis, the Cubs got an absolute steal. He can provide some thunder, but overall, it makes their lineup much deeper. Add in Kris Bryant and Steven Souza Jr. coming back in the coming weeks, and Chicago will be in a much better place offensively.

Josh Phegley was designated for assignment to make room for Martinez.