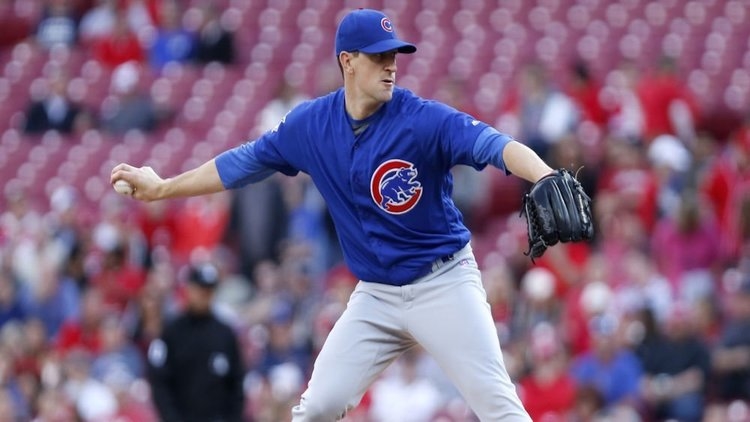 Kyle Hendricks will return to action on Tuesday for his first start since mid-June. (Credit: David Kohl-USA TODAY Sports)

PITTSBURGH — Ahead of Tuesday's matchup with the Pittsburgh Pirates at PNC Park, the Chicago Cubs activated projected starting pitcher Kyle Hendricks from the 10-day injured list. Hendricks last pitched on June 14, as the right-hander was then shelved with inflammation in his throwing shoulder. Hendricks was officially diagnosed with an impingement of the shoulder, and his recovery went well.

The Cubs also promoted middle reliever Randy Rosario, who has pitched in eight games with the Cubs this season. Rosario was called up from the Triple-A Iowa Cubs. In order to make room for Hendricks and Rosario, young hurlers Adbert Alzolay and Rowan Wick were optioned to Triple-A. Alzolay made three appearances, including two starts, for the Cubs after getting called up recently. He went 1-1 and compiled a 7.15 ERA.

The demotion was expected for Alzolay after he gave up seven runs in a short-lived start on Monday. In addition to having additional opportunities to fine-tune his skills in the minors, the 24-year-old will be able to pitch in the MLB All-Star Futures Game on Sunday. As for Wick, who has tallied a 3.86 ERA in five relief outings for Chicago this year, he will be replaced by Rosario in the North Siders' bullpen.

The #Cubs today activated RHP Kyle Hendricks off of the 10-day IL and recalled LHP Randy Rosario from @IowaCubs.