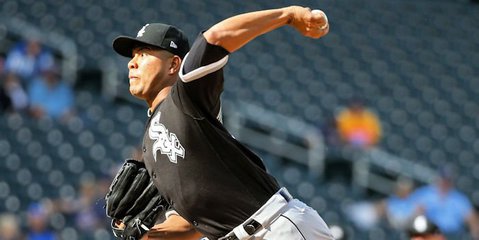 The Chicago Cubs traded Eloy Jimenez, Dylan Cease, and two other prospects to get lefty starter Jose Quintana from the crosstown White Sox on Thursday.

For his career, he is 50-54 with a 3.51 ERA in 172 major league appearances. Quintana is tied for sixth in the majors in quality starts since his first full season in 2013.

"This move made sense for us now this year, it also makes a lot of sense for us for the next three years as well." - @Cubs GM Jed Hoyer pic.twitter.com/4zUNPIsclo