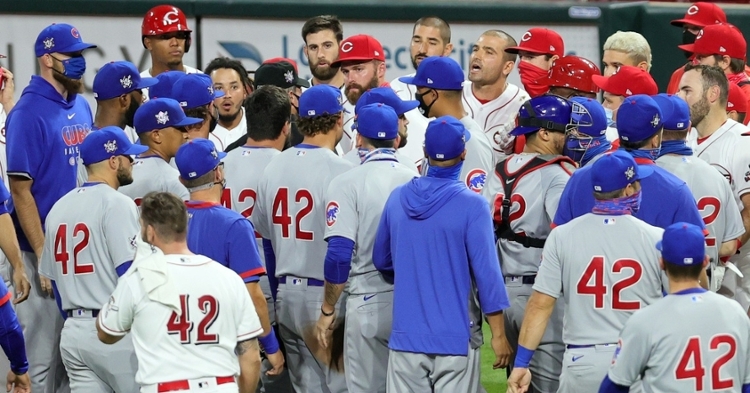 'The fun is in the winning' is a popular phrase.

The Chicago Cubs are certainly having a ton of fun this season as they sit in first place in their division.

Not everyone enjoys the Cubbies having a good time in the dugout and being loud at times including the Cincinnati Reds as they were not fond of all the constant chirping in their previous series.

Bryant was asked during the media session Monday if he believes his team is indeed obnoxious.

“We might be the most obnoxious but we’re all embracing that and enjoying that," he said honestly. "Other teams can go about it the same way. I just think we’re doing a good job of creating our energy in the dugout.

Bryant understands that having some fun is a key while trying to win during a stressful season.

"That’s what we have to do to get through the game and win. And I think it’s been working for us so we’ll keep doing it."

Good job by Bryant to not take the bait and get upset by anything that a Reds player or studio analyst (Danny Graves) says about the Cubs.

Bryant will get the day off today as Davis Ross wants to gradually bring Bryant along as he is didn't have a normal rehab stint.

I love Kris Bryant. When asked if the Cubs are the most obnoxious team (per the Reds), he said basically, yeah, probably. His honesty is so disarming and great. Every pro athlete should follow his lead in how he handles media stuff. He's GREAT at it.