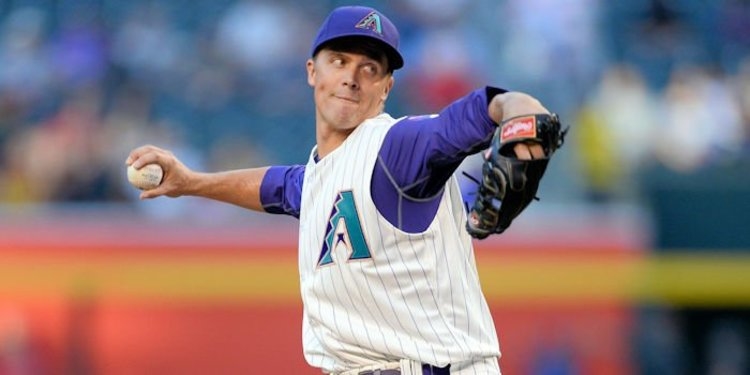 The Chicago Cubs starting pitchers this season have been very inconsistent with some of the them getting some age on them including Jake Arrieta. To compound issues, newcomer Brett Anderson has been a disaster and currently on the disabled list with a back issue. The Cubs starters as a whole have an ERA of 4.47 which is stark contract of their sparkling ERA last season.

“I’d heard specifically they were scouting Zack Greinke pretty heavily in spring training; more than just ordinary spring training coverage," Law said on Buster Olney's podcast. "And that that was part of a plan to go out and scout pitchers with multiple years of control remaining and potential to be a one or two starter in their rotation."

In 2017, Greinke is 4-2 with a 2.79 ERA in eight starts. In his career, he is 159-102 with 3.40 ERA with 2079 strikeouts and 1.19 WHIP. The 33-year-old signed a monstrous 6-year-deal worth $206.5 million with the Arizona Diamondbacks last season. If their team starts to fall out of contention, the team will more than likely deal him to a contender for a package of prospects. The Cubs have prospects seemingly playing at every position with Ian Happ, Jemier Candelario, and Albert Almora Jr playing vital roles this season. Would the Cubs trade several of their top prospects for a top of the line starter? We will see as the trade deadline is still months away on August 31.