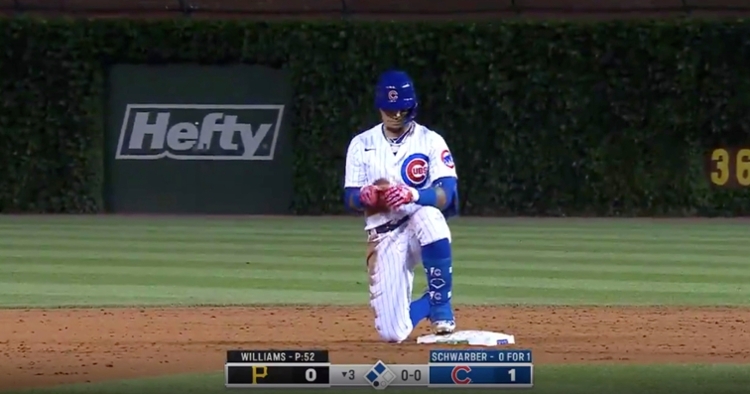 Javier Baez reached second base on a bunt single that led to a throwing error. A run scored as a result of the error.

CHICAGO — Catching the Pittsburgh Pirates off guard, superstar Chicago Cubs shortstop Javier Baez laid down a perfect bunt at Wrigley Field on Friday that helped the Cubs get on the board. Pirates pitcher Trevor Williams stumbled when attempting to corral the bunt and then fired an errant throw to first base.

Baez reached second base as a result of the throwing error, and Kris Bryant scored, putting the Cubs up 1-0 in the bottom of the third. Anthony Rizzo reached third. Bryant was walked earlier in the inning, and Rizzo was hit by a pitch for the sixth time on the season after that. "El Mago" was credited with a bunt single on the play.