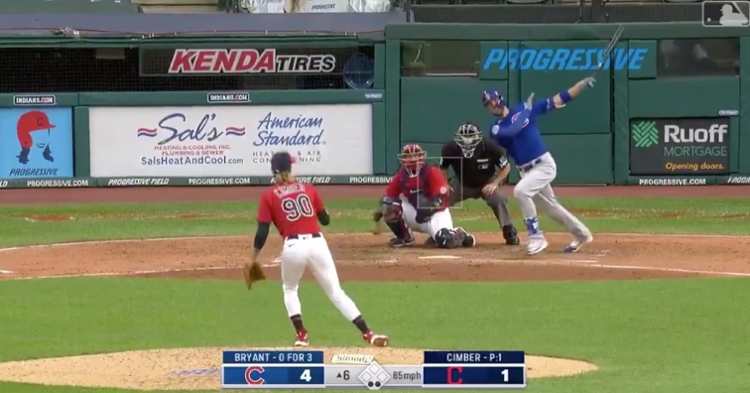 CLEVELAND — With his second dinger of the season, Chicago Cubs slugger Kris Bryant smashed a 430-foot moonshot against the Cleveland Indians. The round-tripper off Indians reliever Adam Cimber sailed into the seats beyond center field.

Bryant increased the Cubs' lead at Progressive Field to 5-1 in the bottom of the sixth with the solo shot. A second-pitch sinker from Cimber resulted in the blast. Bryant was seen in the previous inning grasping his wrist while wincing in pain, but clearly he was able to overcome the short-lived wrist ailment.

Bryant makes a terrific play, I am sure hoping Kris is not injured. Looks like his wrist is bothering him #Cubs pic.twitter.com/2OoFxpE8Gs