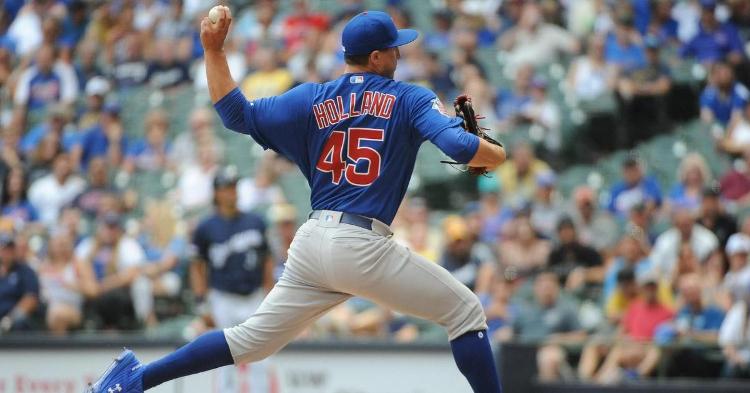 ST. LOUIS — Coming into their final series of the season, the Chicago Cubs had already announced that starting pitchers Yu Darvish and Kyle Hendricks would not make their previously scheduled starts, resulting in Alec Mills and a pitcher to be named having to make the starts surrounding Cole Hamels' Saturday outing. Following the Cubs' 8-6 victory over the St. Louis Cardinals on Saturday night, Cubs manager Joe Maddon revealed his decision for Sunday's starter.

Relief pitcher Derek Holland, who was converted from a starting pitcher to a reliever while a member of the San Francisco Giants earlier this season, will make the final start of the year on the mound for the Cubs. Holland will toe the rubber at Busch Stadium with a chance to spoil the Cardinals' hopes of winning the National League Central pennant in the regular-season finale. Since being acquired by the Cubs in July, Holland has pitched in 19 games and put together a 3.29 ERA.

In addition to announcing that Holland would make his first start with the Cubs, Maddon addressed reliever Brandon Kintzler tallying his first save as a Cub on Saturday. Closer Craig Kimbrel, who struggled mightily after returning from an elbow injury a few weeks ago, was shut down for the remainder of the season once the Cubs were eliminated from playoff contention, leading to Kintzler having a chance to garner a save. Kimbrel being shut down was never formally announced prior to the postgame media session on Saturday, but it was widely assumed that Kimbrel would not pitch again once the Cubs had nothing left to play for but pride.

On Brandon Kintzler getting his first save of the year, Maddon said, “The Salt Man did it.”

Understandably, Craig Kimbrel is shut down for the season.