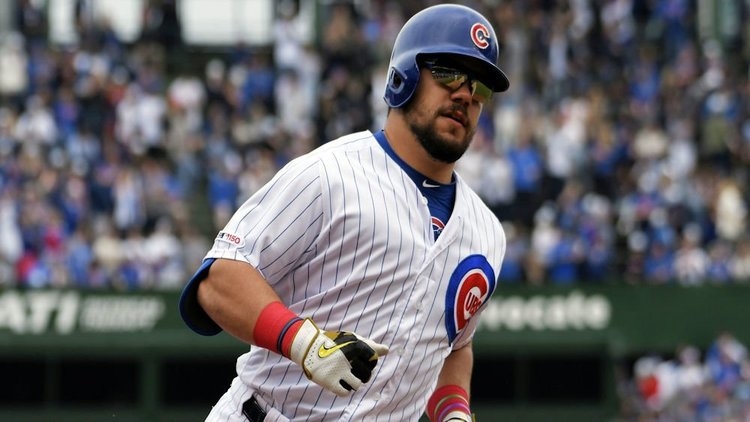 Not great news for fans of the Cubs.

The Chicago Cubs announced that left fielder Kyle Schwarber has been scratched from tonight's lineup against the Indians because of a right knee contusion (sore knee).

Schwarber was hit by a pitch in the sixth inning on Tuesday and this is the reason for him having to sit out of tonight's action because of lingering soreness in the area.

He is batting .234 with two homers and six RBI this season.

Ross didn't rule out Schwarber for tonight's game, but would rather stay away from him and let the bruised knee heel.

Kris Bryant will move over from third base to left field while David Bote will get the start at third base.

Kyle Schwarber was scratched due to a right knee contusion.