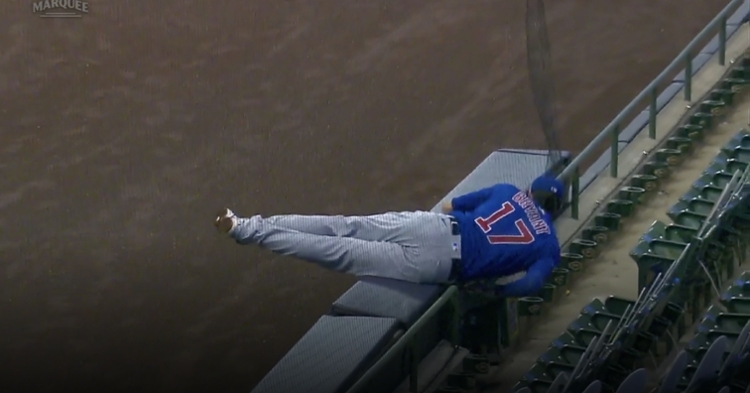 Kris Bryant tumbled over the partition in foul ground at Miller Park, ending his futile attempt at catching a foul ball.

MILWAUKEE — With Anthony Rizzo not in the starting lineup, Kris Bryant made a rare start at first base for the Chicago Cubs on Saturday. His inexperience at manning the right side of the infield showed when he fell over the partition and into the stands while pursuing a foul ball at Miller Park.

With Ryan Braun batting for the Milwaukee Brewers in the bottom of the fourth, Bryant attempted to track down a foul ball off Braun's bat. Bryant tumbled into the seats at the end of his pursuit and was unable to catch the popup. Thankfully, the third baseman by trade was not injured on the play, but his pride was likely hurt. Making matters worse, Braun crushed a two-run homer moments later, putting the Brewers up 2-0.