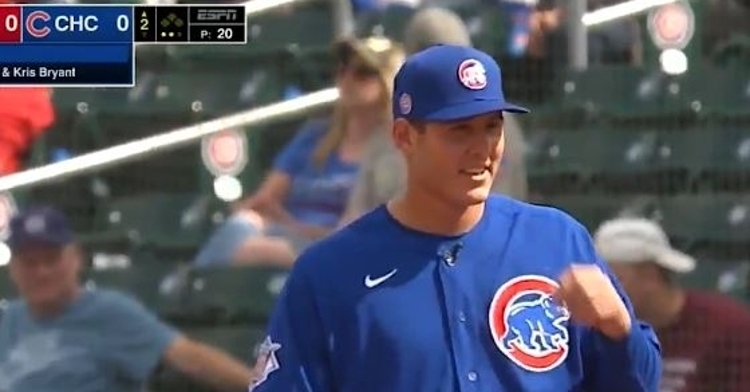 Chicago Cubs stars Anthony Rizzo and Kris Bryant were mic'd up during Monday's spring training game against the Anaheim Angels.

In the second inning, Rizzo shared that he grew up heckling former Braves star Chipper Jones with his father during games.

"I'm standing behind the Braves' dugout, and I'm like seven, and me and my dad are heckling this pretty famous switch-hitter (Chipper Jones)," Rizzo shared during the telecast. "Larry...Larry. Every summer, we would go."

Rizzo went on to say that meeting Chipper Jones at first base during a ballgame and standing near him as he shared the heckling story was one of the coolest moments of his life.

We need players mic'd up like this all season long ??