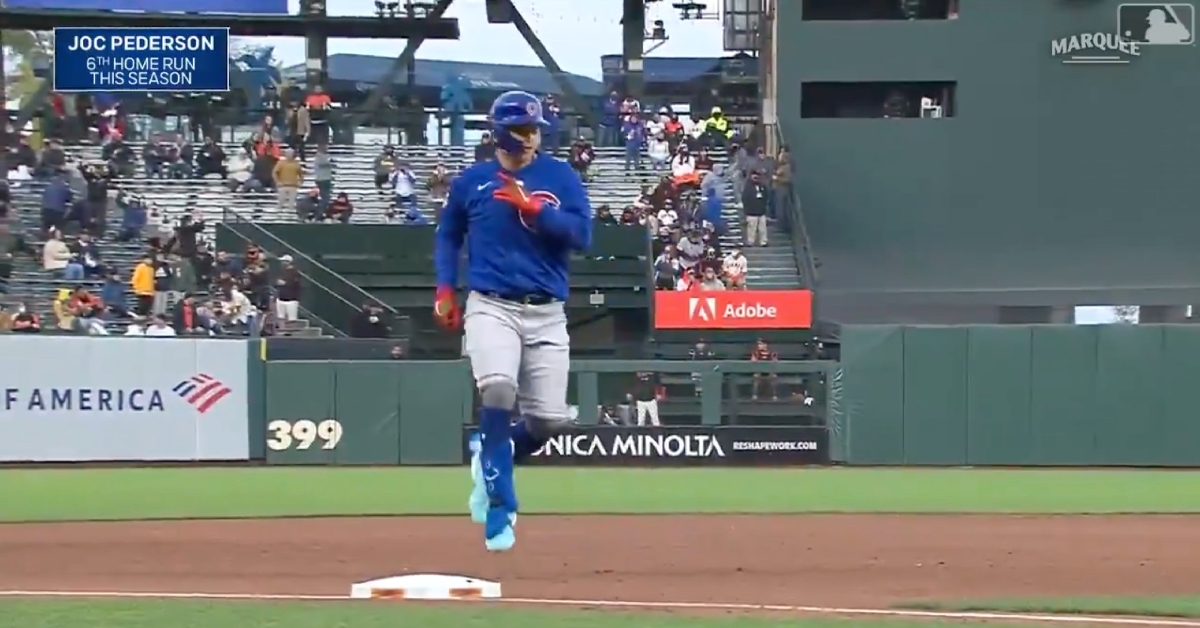 A native of the Bay Area, Joc Pederson brought some extra flare to his home run trot after going yard in San Francisco.

SAN FRANCISCO — The Chicago Cubs' only runs of Thursday's series opener versus the San Francisco Giants were scored via a two-run blast off the bat of left fielder Joc Pederson. Pederson barreled another two-run tater on Friday, with the dinger cutting the Cubs' deficit in half in the top of the fourth by making the score 6-4 in favor of the Giants.

The 364-footer cleared the wall in left at Oracle Park, coming on a 94.7-mph four-seamer thrown by reliever Dominic Leone. Pederson's sixth dinger of the season, the opposite-field blast by the Bay Area native left the bat at 101.2 mph and 26 degrees, increasing Pederson's RBI total to 21. Earlier in the game, Cubs right fielder Kris Bryant put the North Siders on the board with a two-run homer in the first inning.

Third baseman Patrick Wisdom, who drew a leadoff walk in the fourth, was plated via Pederson's round-tripper. Pederson had fun rounding the bases, as he paused before rounding third, which he proceeded to do with a hop, skip and jump.

Hit 'em with it, Joc! pic.twitter.com/w498RNfHuI