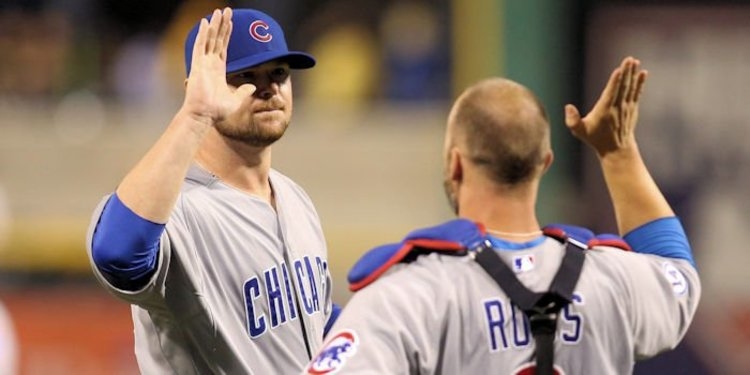 On the latest edition of the Cubs Corner, presented by Coach’s Bar and Grill, Anthony welcomed NBC Sports Chicago’s Tim Stebbins to the show to chat the Cubs offseason and what is to come for the Northsiders.

*Coach’s Note*: Despite the ongoing pandemic, Coach’s Bar and Grill is still doing carryout and delivery for their food, so make sure you get to Coach’s.

The chat began by Tim explaining his role covering the Cubs and how the pandemic has changed it on a day to day basis.

The pair then discusses the offseason the Cubs have had this far, which has included far more subtraction than addition. When the podcast was recorded, Jon Lester (Nationals), Kyle Schwarber (Nationals), and Tyler Chatwood (Blue Jays) were among those who have found new teams this offseason. (The episode was recorded before Jose Quintana agreed to a deal with the Angels.)

The conversation then shifted to Jon Lester, and the incredible impact he made in Chicago — potentially as the best free-agent signing in Cubs history — and the sour note his departure leaves for the organization as a whole.

Tim and Anthony went into depth about the holes this team has left to fill and described some of the potential free agents the Cubs might target — although if 5 million for someone like Lester was too expensive, they may not be signing anybody.

Before the end of the episode, Tim also has his take on the landscape of the trade markets of both Kris Bryant and Willson Contreras.

That and more on this edition of the Cubs Corner, presented by Coach’s Bar and Grill, available on Soundcloud, Apple Podcasts, and the CubsHQ website.