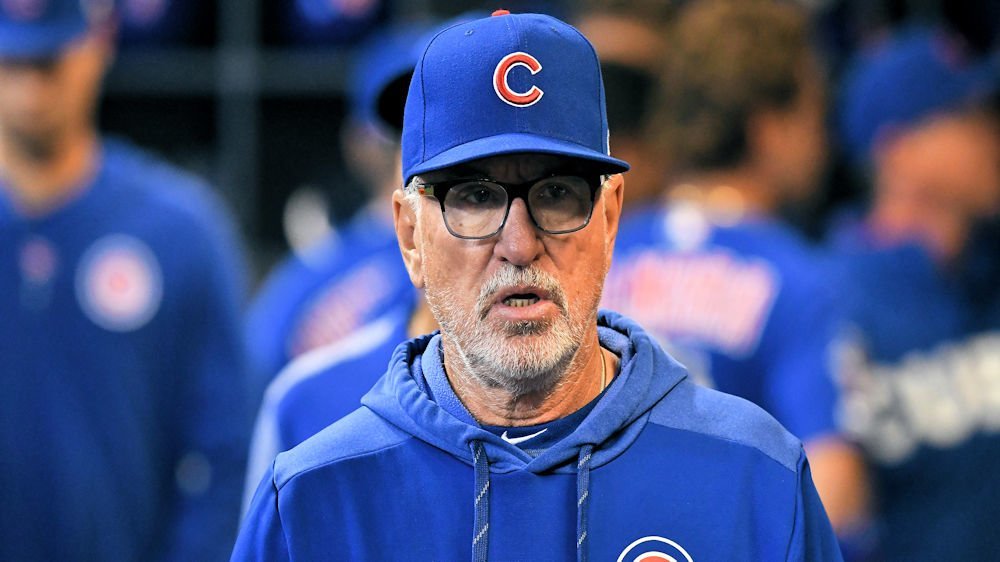 Friday’s Game Recap: The Cubs ventured to “Wrigley North” last night to open up a three-game series with the Brew Crew. Jose Quintana would get rocked for eight runs in just three innings, while Brandon Woodruff wouldn’t be touched until the fourth. The Cubs erased the deficit left by Quintana, but the bullpen faltered again, allowing five runs. Daniel Descalso, Jason Heyward and Willson Contreras all homered, but the Cubs dropped their sixth straight, but a final of 13-10.

Of note: More errors for the Cubs, as Jason Heyward misplayed another ground ball in the outfield (his second such error in his last two starts), and Willson Contreras was called for another catcher’s interference (his second in 2 days).

MLB reviews the Cubs: In an MLB article yesterday morning, Adam McCalvy pointed out some interesting, if not obvious, things. “Out of the gates, the Cubs' lineup has looked vastly improved over the final two months of last season, when the offense cratered.”

McCalvy goes on to say that, “All the things manager Joe Maddon preached in Spring Training have shown up in the first handful of games. Sustaining that will be critical for the club, given its long list of pitching question marks.” McCalvey continues, “The Cubs are still sorting out who can be trusted in the middle innings between the starter's exit and Pedro Strop's entrance… Still, the Cubs' relief corps came in as a potential trouble area, and Maddon will use the next few weeks to sort out which approach is best for handling his arms.”

McCalvy also points out that the average 4-seam velocity for all Cubs pitchers is averaging only 91.7 mph, which ranks 29th in MLB.

Joe Maddon: Joe Maddon says that he wants his relief pitchers to “let ‘er fly” and not to overthink things. The way I’ve seen it, they’ve been letting it fly (everywhere but the strike-zone), although while I would agree that overthinking is a bad thing,

Yu Darvish: Darvish (as of Friday) currently leads all MLB pitchers with 11 walks.

Jorge De La Rosa: The former Cubs’ reliever has signed a minor league deal with the Rockies. De La Rosa is one of very few pitchers that has had success pitching at Coors Field.

Tyler Chatwood: Referring to the series in Atlanta, Chatwood says, "This series left a bitter taste in everyone's mouth." 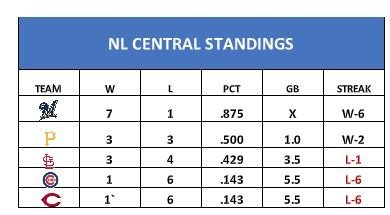 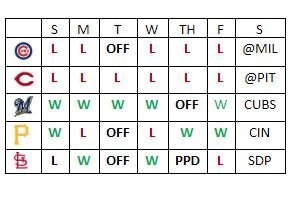 Indians: The Indians announced that right-hander, Ben Taylor, who was designated for assignment last week, has cleared release waivers and is now a free agent.

White Sox: The Sox say that there’s no timetable for the return of OF Jon Jay after he suffered a groin injury. 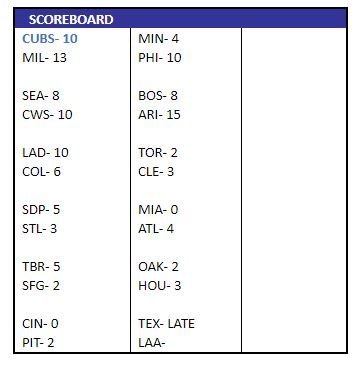