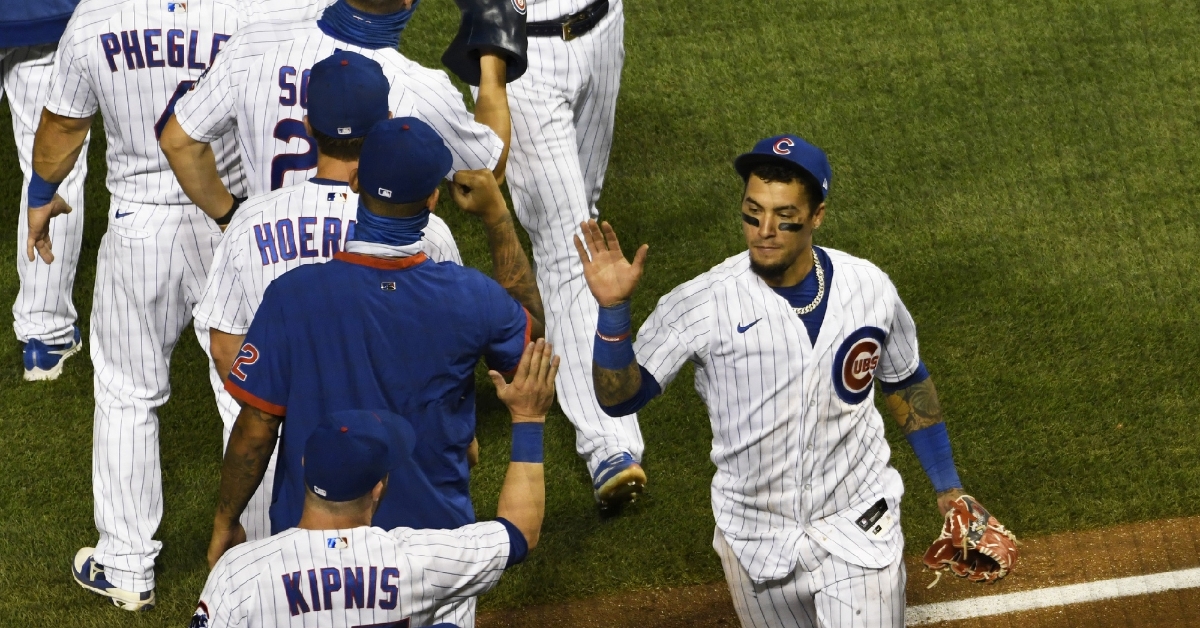 Yesterday David Ross and the Chicago Cubs played a doubleheader with the St. Louis Cardinals to knock out some missed games in the standings in this much shorter, 60 game sprint.

Doubleheaders are nothing new to these players, most of which have been playing twin bills since they were in little league.

If you look at it this way, part of these games are both the same and different.

The Cubs got their first look at the new, COVID-19 adjusted format for doubleheaders in 2020. Each game of a doubleheader this year will be just seven innings rather than 9, to ease the burdens on pitching staffs that have to cover 50 games in 40 or so days.

This rule was made to benefit teams like the St. Louis Cardinals, who suffered a Covid-19 outbreak and remained sidelined from games for 17 days. Turning their schedule into needed to play 55 games in 44 games.

The Cardinals have played five games in the last three days and have three more scheduled for the next two days. Not to mention, they have seven doubleheaders left this year, minimum.

The scheduled doubleheaders for the Cubs' current series with St. Louis seemed to give a massive advantage to the Cardinals, who have an exceptionally well-rested staff of pitchers who have not pitched for almost a half a month. On the other hand, the Cubs are dealing with injuries to both Jose Quintana and Tyler Chatwood, two expected mainstays in the rotation. This led to Alec Mills getting bumped up against Milwaukee, Colin Rea getting a surprise start over the weekend, and Tyson Miller getting his first career start against the Cards in game two. Adbert Alzolay is even expected to join the rotation at some point if the Cubs continue to need depth, as he is recovering from a bruised forearm.

Depth in the pitching staff is the one glaring hole in this roster on paper, and no better way to exploit that than two doubleheaders in three days, and two starting pitchers down with injuries.

Kyle Hendricks started for the Cubs and allowed a solo shot to former Cub Dexter Fowler that was quickly answered by Ian Happ's solo bomb to tie the game at 1.

All of a sudden, Hendricks got locked in, and it was the 7th inning before you knew it. David Ross pulled Hendricks after he got into some trouble in the 7th, and Rowan Wick was tagged for a two-run double that got charged to Hendricks, and the Cubs were down 3-1.

It's okay; Cubs have three more chances to score, right? WRONG. The Cubs went 1-2-3 in the bottom of the 7th and lost 3-1, getting bitten by the brand new rule.

The next game was one in which the Cubs benefitted. After trailing all game, and being kept out of the hit column until the sixth inning when they trailed 4-1. Willson Contreras ripped an RBI double to give the Cubs their first hit and narrow the deficit to 4-2. A few batters later, David Ross pulled the plug on Victor Caratini and gave the at-bat with two men into David Bote — and being delivered a clutch, go-ahead three-run blast in the sixth.

The Cubs held on to win game two 5-4 and snap their four-game losing streak.

Amidst this crazy season with bizarre statistics already, the MLB will need to decide how to score a 7-inning complete game from a pitcher, or a 7-inning no-hitter or perfect game as those could also potentially happen. Are they as valid as a 9-inning version, is it valid at all?

Of all the changes for this weird season, the doubleheader rule (although it makes logical sense) may be the wackiest.

The Cubs saw the plus side and the cons of the seven-inning doubleheaders, and get another crack at a twin bill Wednesday.