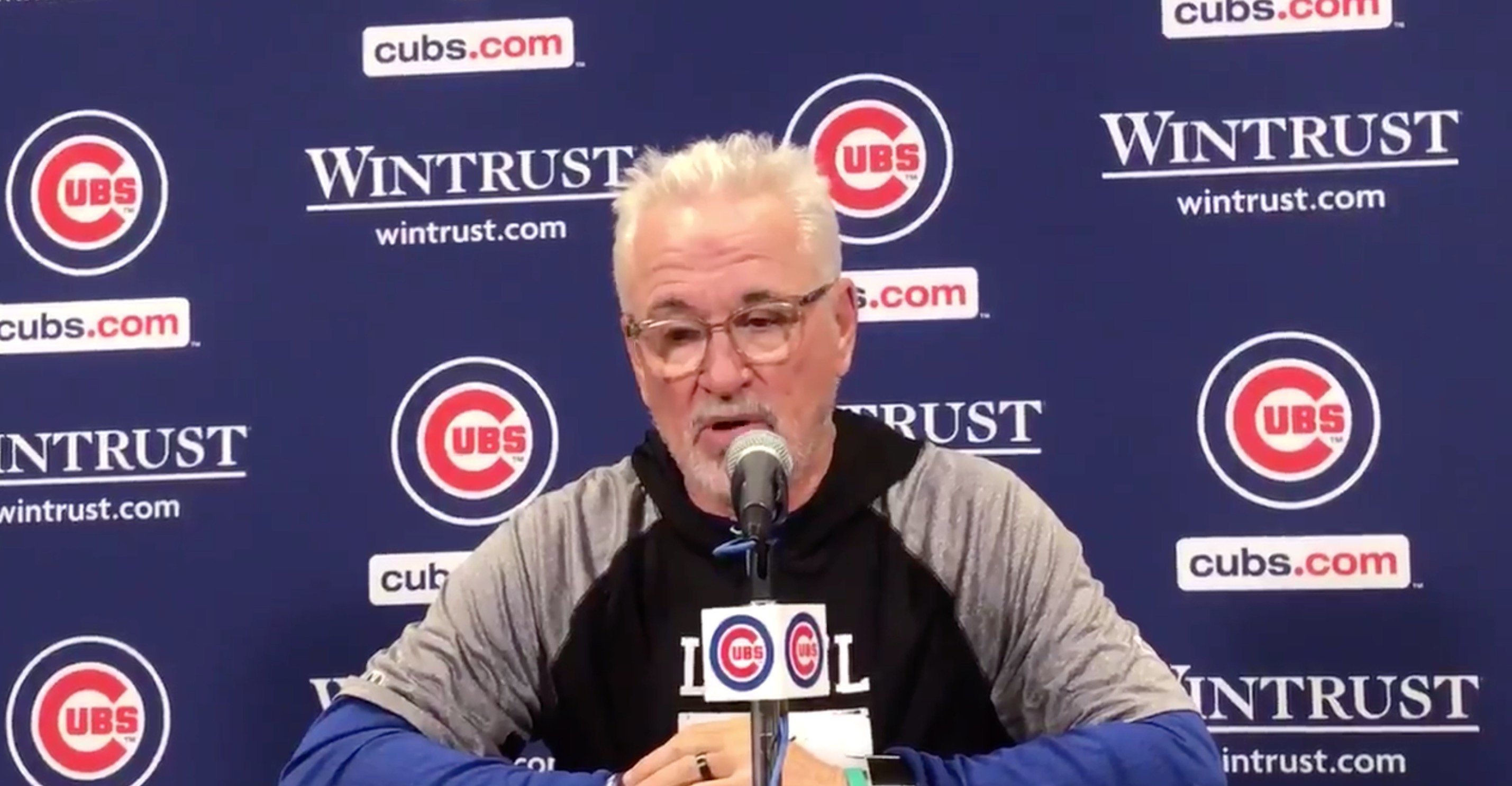 On Wednesday night, the Chicago Cubs agreed to terms with star free-agent closer Craig Kimbrel, thereby bolstering their bullpen with arguably baseball's best reliever. Earlier in the day, Cubs manager Joe Maddon was asked about what Kimbrel could potentially bring to the table, and he commended the seven-time All-Star.

"The fastball pitches rise," Maddon said while discussing Kimbrel's attributes. "He's one of those guys. And he's got a really good breaking ball, too."

Complimenting Kimbrel for his aggressive pitching style, Maddon went on to describe the four-time saves leader as "one of the better guys I've seen in the last several years." Maddon could not say too much at the time because there was no guarantee that the Cubs would come to terms with Kimbrel, so he chose his words carefully.

"Anybody would be excited to get a guy of his ilk in their bullpen," Maddon said about the possibility of the Cubs adding Kimbrel. "There's no question about it. Quite frankly, pragmatically, I'm just dealing with what we have right now."

Maddon proceeded to speak on the relievers currently in the Cubs' bullpen, particularly Cubs relievers Steve Cishek and Pedro Strop, who pitched well in the 6-3 win tallied by the Cubs over the Colorado Rockies on Tuesday. Maddon also mentioned previous Cubs closer Brandon Morrow, whose talent has been overshadowed by his injury struggles over the course of the past year.

"That's what we want to get done more consistently," Maddon said when referencing Tuesday's efficient relief efforts. "That's the kind of stuff that can get you on a roll, when you don't give up leads and you can shut things down."

#Cubs manager Joe Maddon discusses the potential of adding another arm to the roster pic.twitter.com/ZhhttD5h0X