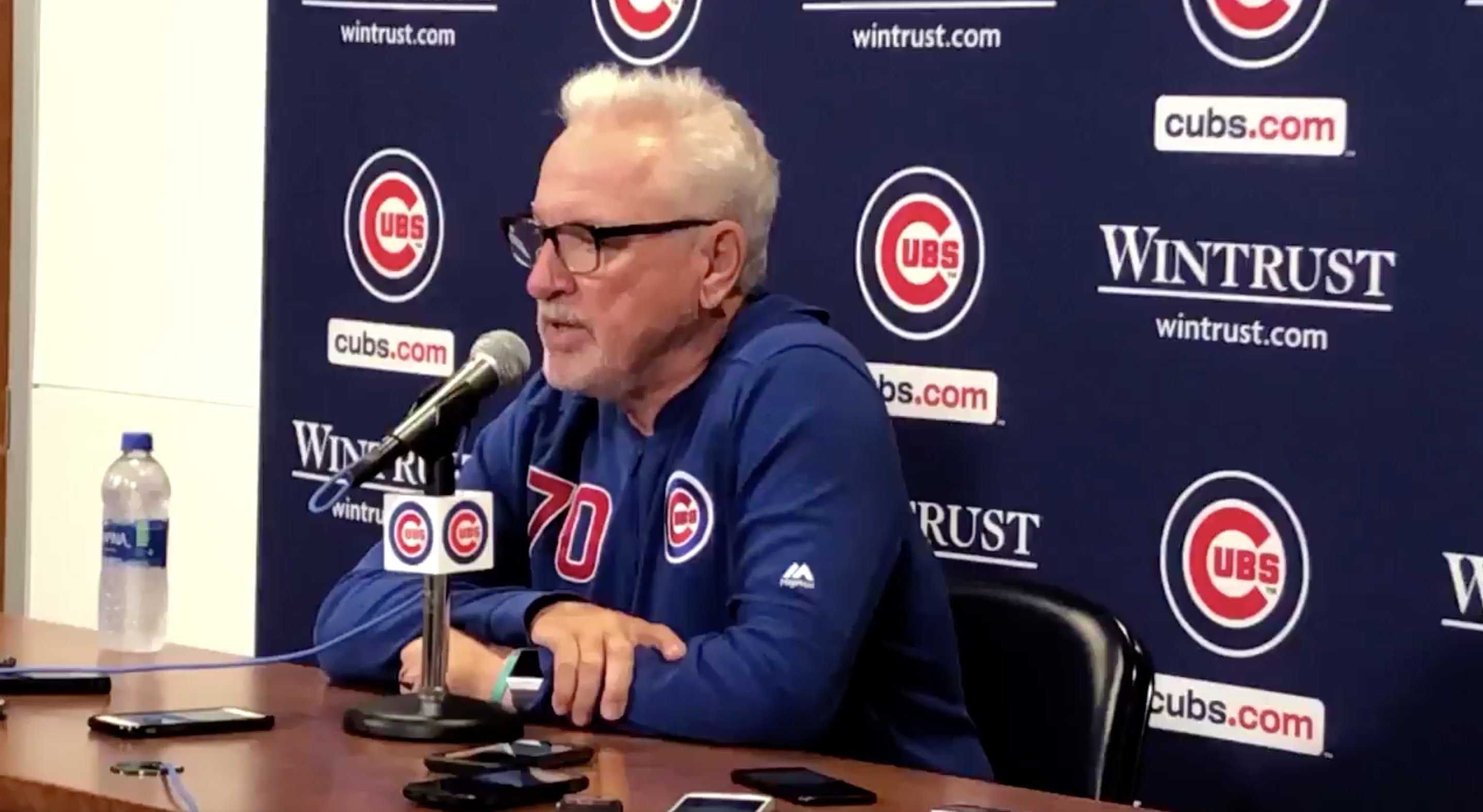 In his pregame press conference on Friday, Chicago Cubs manager Joe Maddon was asked about closer Craig Kimbrel officially becoming a Cub, and Maddon said that he was excited to have a pitcher of his caliber coming out of the bullpen. Maddon also discussed Kimbrel's introductory press conference from earlier in the day, saying that he was pleased with everything that Kimbrel said.

"He'll be here at some point, obviously, in the near future," Maddon said about Kimbrel joining the Cubs, "and that's going to be exciting. But, in the meantime, you've got to go play."

For the time being, Kimbrel, who has not pitched since last October, will be a member of the Triple-A Iowa Cubs, where he will take part in a condensed spring training before undergoing a rehab assignment in the minors. The goal is to get Kimbrel as prepared as possible to resume his closer duties in the majors before calling him up to join the Cubs.

Maddon has years of minor-league managing under his belt, so he is accustomed to not letting roster turnover and impending roster changes affect the way that he manages. Therefore, he will be just fine handling the bullpen while awaiting Kimbrel's arrival.

"We'll follow it all the way through," Maddon said of Kimbrel's Triple-A stint, "but you've got to plan for what you have in the building that day. I've always been able to do that."

Maddon was also asked about Cubs reliever Brandon Morrow, who has yet to pitch this season due to a variety of injury issues that date back to last summer. Having served as the Cubs' closer for the first few months of last season, Morrow could potentially complement current closer Pedro Strop as another talented back-end guy who could make Kimbrel's job much easier. Maddon told reporters that he still has no idea when exactly Morrow will return from his lengthy recovery but added that it will certainly be a bonus to have him healthy and pitching at a high level again.