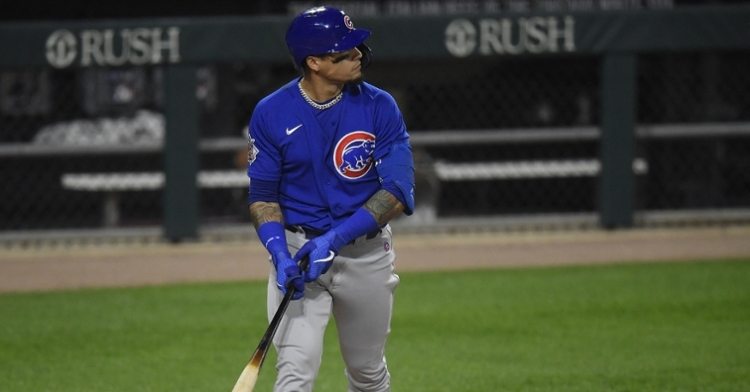 The Cubs' magic number to win the NL Central is now just one after a 10-0 Cubs win over the White Sox and a Brewers split with the Cardinals in their doubleheader.

The Cubs now need any combination of one win or Cardinals loss over the next two days to win the NL Central for the third time in five years.

For a Cubs team that started a red hot 13-3, it has been a rocky road to the finish line. Excluding those first 16 games, the Cubs are just 20-22 over the rest of the games played.

While the bullpen has gone from a significant weakness early to a quiet strength, it's the other units with inconsistency as its main calling card.

For the rotation, multiple injuries and a few clunkers ruined the unit's momentum the first few times through the rotation. However, as the season comes to an end, both Yu Darvish and Kyle Hendricks are dealing, Jon Lester has given up just two runs over his last 17 innings of work, and Alec Mills is building off of an improbable no-hitter. Not to mention, Jose Quintana and Tyler Chatwood are healthy or nearly healthy and are rehabbing to be a part of the playoff push.

Offensively, the unit has struggled. The expected horses of the lineup have all had sub-par years according to their standards. Anthony Rizzo is hitting just .224, and that feels like miles ahead of Javier Baez, Kyle Schwarber, and the injury-plagued Kris Bryant, who have all struggled to keep their average above the mendoza line.

While the offense can put up ten-run games, like Friday's against the White Sox, the team is also prone to having quiet nights offensively. The Cubs lead the majors with 25 games where they score three or fewer runs.

Not to mention, in September, the Cubs currently rank last in batting average, home runs, OPS, and several other crucial offensive statistics.

The team has struggled to hit their stride and carry it on in this wacky season. Many thought when the team rallied from behind to win in two out of three games, one including the improbable and massive go-ahead three-run homer Jason Heyward hit off of Josh Hader. He then followed it up with a 12 run output and a no-hitter that the Cubs were going to hit that second gear and not look back.

It certainly appeared that way when the team swept the Indians in a two-game set for the second time this season and then opened the Twins series with a victory. But since then, the Cubs are just 1-5, including losing three in a row to Pittsburgh (excluding Friday nights win over the White Sox).

But Friday's game against the White Sox could be an excellent building point for a pitching staff and offense looking to get hot at the right time.

For starters, Darvish dazzled again, which has come to be expected from him this season.

Offensively, the Cubs were powered by six long balls - a feat of their offense that is typically depended upon for success, and one that has been absent as of late. As a unit, the group drew four walks and only punched out seven times — a ratio that would undoubtedly be welcomed come playoff time.

But like we've said far too many times, the turning point has never truly made the turn. It's time to stop saying the tides might change and time to start watching them do it.

It will all start with locking up the NL Central crown and going from there.