BREAKING
Chicago Cubs baseball to be televised on Tuesday 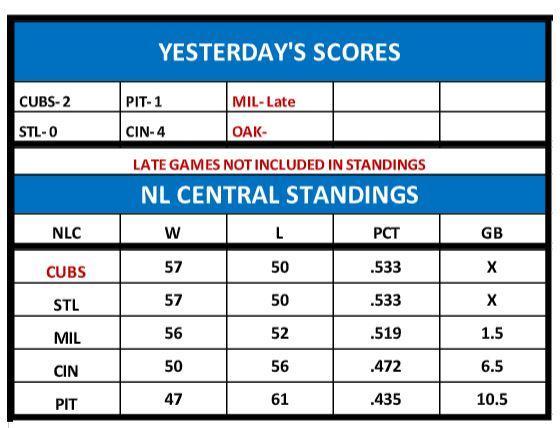 Chicago Cubs baseball to be televised on Tuesday