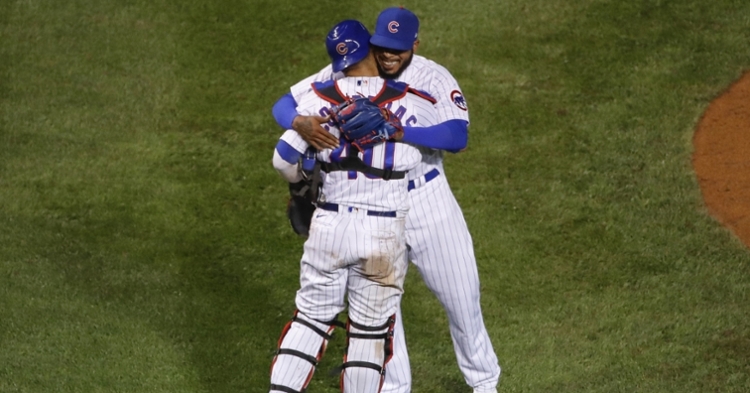 The 2021 baseball season is almost here, Cubs fans as Pitchers and Catchers report to camp this week. That signals the beginning of the 2021 Major League season, as the rest of the roster reports shortly after that. For the Cubs, spring training may not be underway quite yet, but they already have many players in Arizona working out ahead of camp. That is a good sign for a team that has gone through a significant offseason overhaul and is looking to remain on top in the NL Central.

Speaking of overall, all you must do is look at the roster this season and the changes made to know what I am talking about. Back up catcher Victor Caratini and Ace Yu Darvish were dealt to San Diego in exchange for Zach Davies and a quartet of teenage prospects. The Cubs later found Caratini's replacement by signing Austin Romine to a one-year deal.

The Cubs also parted ways with outfielders Kyle Schwarber and Albert Almora, replacing them with Joc Pederson and now the newly signed Jake Marisnick. Let's not even talk about the pitching staff who also lost Tyler Chatwood, Jose Quintana, and Jon Lester to go with Darvish. Trevor Williams was brought in to replace Quintana, while the reunion with Jake Arrieta appears to be the Lester replacement. That leaves guys like Shelby Miller, Adbert Alzolay, and Alec Mills as three guys battling one spot, one occupied by Chatwood.

For the most part, the Cubs haven't made a move that stands out as noteworthy, but most of the moves they have made replaced losses at their respective position. That is certainly a start when it comes to retooling this roster, as they have plugged a lot of holes they once had. Still, Jed Hoyer has some spots that still need to be filled, and he will focus all his attention as we await spring training.

Hoyer still wants to address the bullpen, whether that means adding minor league arms or a high-quality major league arm. Jeremy Jeffress would always be my top choice to bring back, but you must wonder if the sides have had conversations if he still hasn't been signed.

The Cubs bullpen certainly isn't going to stand out on paper, but they have been very good at finding reclamation projects over the past several seasons. Chicago was great at that once again in 2020, with Jeffress, Jason Adam, and Ryan Tepera standing out as some of the Cubs' players took chances on and proved to be great options.

If Jeffress and the Cubs wanted to work something out, you know that the Cubs will bring him back. However, I think at this point, they are going to look at the entire relief market and see if they can add a few minor league arms and give them a chance in spring.

However, don't rule out the possibility of David Robertson and the Cubs potentially inking a deal.

Chicago was one of several teams watching the 36-year-old Robinson's side sessions last week and liked what they saw. The right-hander is coming off a couple of injury-prone seasons but does offer the Cubs a veteran bullpen presence, which the team is looking to get. Before his blown elbow in 2019, Robertson was one of the best relievers in the game from 2011-18. Even if he signed a minor league deal, if Robertson has anything left in the tank, it is undoubtedly worth an upside shot to see what he has left.

Another one of those holes that continue to be discussed is second base or at least a platoon style player that can fill in at second. As things sit right now, Nico Hoerner is the man at second, with David Bote as someone who fills in from time to time. The problem is, both are right-handed hitters, and the Cubs would love to add a left-handed second baseman to platoon with Hoerner. Kolton Wong and Joe Panik were undoubtedly options, but both are no longer on the market. Where do the Cubs focus now that those two are gone?

A few weeks ago, Eric Sogard was a name mentioned on this site, but his price range may be out of the Cubs reach despite the Cubs interested in him for several years. Neil Walker is another name that stands out, but I don't know how much more he has left in the tank. If anything, he would sign a minor league deal and must earn his spot on the roster.

One name that remains a free agent is Jason Kipnis, and the Cubs would love a reunion with him. After signing a minor league deal last season, Kipnis made the team out of spring and eventually took over the starting 2B job. Kipnis is an Illinois native, but he is a veteran lefty whose presence off the bench would be huge for this team.

Kipnis still can play the game, but not at the level he once could. He certainly won't be a starter anymore but would be the perfect platoon player to fill in from time to time. Kipnis is the ideal pro for this organization and has a great approach at the plate to go with an above-average defense. If I am the Cubs, I am giving him another one-year deal and letting him continue to do his thing.

*** Update: Kipnis signed with the Atlanta Braves on Monday afternoon.

Atlanta here we come! Excited to join the Braves organization this season! pic.twitter.com/3btCYpt3Fx