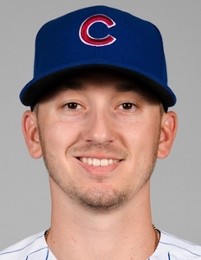 Pitcher
B I O
Selected by the Baltimore Orioles in the 26th round of the 2011 Draft out of Mesquite High School in Gilbert, Arizona... signed with the Orioles on Aug. 15, 2011... Milwaukee Brewers traded LF Gerardo Parra to Baltimore Orioles for Davies on July 31, 2015... was ranked as the Orioles' No. 3 prospect by MLB.com when he was traded.


PERSONAL: Zachary Ryan Davies was selected by the Orioles in the 26th round of the 2011 draft out of Mesquite High School in Gilbert, AZ...Was committed to play at Arizona State University before signing with Baltimore...Was 12-0 with a 1.68 ERA during his senior year of high school.