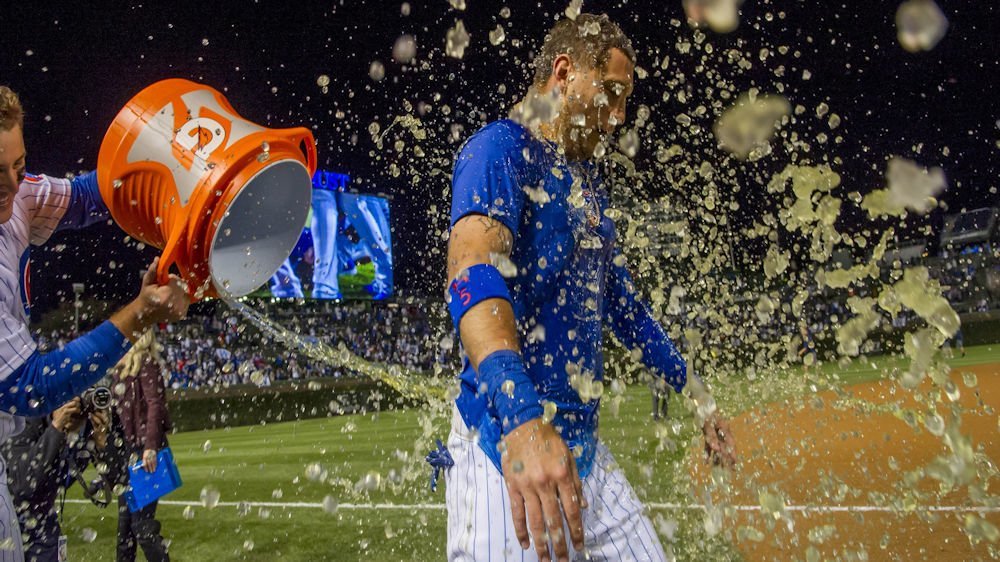 Whew, the Cubs made the playoffs and the Cards have been eliminated from a shot at the division title, but man, the Brewers just don’t seem to want to lose.

The win last night was overdue, but it left me with a few concerns.

I’d be a liar if I said the half-game lead didn’t concern me, especially with the Cubs getting ready for the Cards, while the Brewers are getting ready to host the 64-94 Tigers. The Cards are undoubtedly bent out of shape after getting swept by Ryan Braun and the boys from Cheeseville, and they’ll undoubtedly use their off day today to figure out how to make the Cubs pay for it.

It was good to see the Cubs’ offense looking alive and well last night, but dear god, what happened to the bullpen?

As usual, Jesse Chavez was rock solid through his two innings of work, and the Kintzler-Garcia combo helped get the win, but the Cubs got themselves in trouble by depending on Carl Edwards, Jr., Steve Cishek and Justin Wilson. Wilson has been solid lately and Cishek has been somewhat better, but Edwards Jr. has been unpredictable at best.

Edwards Jr. seems to be recently plagued by a case of TCS (Tyler Chatwood Syndrome), fighting control and dishing out walks and wild pitches. Once confident under pressure, CJ now seems to get easily flustered as soon as he allows a base-runner. Much like Chatwood, the minute Edwards Jr. loses control, he has trouble regaining it. Relax, relax, in no way, shape or form do I equate the extent of CJ’s woes with those of Chatwood, but the kid needs to regain control in a hurry if Maddon and the Cubs are going to utilize him next week (and hopefully beyond).

I was more than a little surprised that Joe Maddon pulled Jose Quintana out after just five innings, considering Q’s pitch count was only at 73. Quintana did give up two solo homeruns (first and fifth innings), but by the end of the fifth, the Cubs were already up 6-2. A pitcher should average no more than fifteen tosses per inning, and Q was right where he needed to be at the end of the fifth, averaging 14.6 pitches per inning.

I’m not sure whether Maddon saw some sign of fatigue, or whether he was concerned about Q getting through the Pirates’ order for the third time. Maybe it came down to matchups, or maybe it just had to do with trying to get Quintana out early with a win, in preparation for the playoffs. I guess we’ll never know, but whatever the reason, it almost cost the Cubs the game.

The highlight of the night for the Cubs was undoubtedly the offensive showing. They scored early, and they scored often, but most importantly, they scored when they needed to, in order to win it in the tenth.

Murphy seems to be back to hitting and seeing Jason Heyward show some power was more than a welcome sight, as Heyward’s two-run blast in the bottom of the first was his first long ball since the end of July. Bote made contact and Happ managed to contribute. Javier Baez was, for the most part, laying off the low and outside pitches, while Rizzo managed to go two-for-four, and Kyle Schwarber reached twice. This is the stuff wins are made of.

With the run of bad luck that the Cubs have had regarding makeup games at the cost of days off, we can only hope that they can take care of business again tonight and throughout the weekend. At this point, nothing would be worse than having to play Milwaukee on Monday to decide the NL Central.