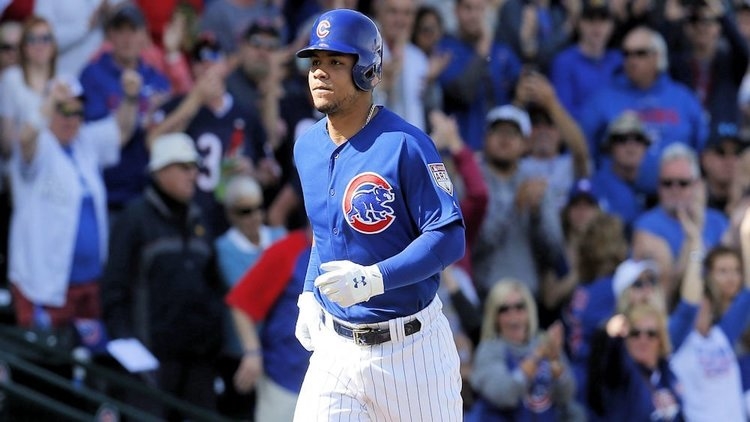 This afternoon the Cubs (3-2) traveled to Surprise, Arizona, to battle the Rangers (1-2). As Joe Maddon continues to work his way through the starting rotation, Cole Hamels got the call today to face off against his former Texas teammates at Surprise Stadium.

The Cubs ended being victorious by a score of 9-5.

In the top of the first, the Cubs would come out swinging, and they would make the most of it, sending a total of eight men to the plate. After a one-out, David Bote single, Contreras would reach first after being hit by a pitch. A solid single by Cristhian Adames, followed by an infield single by Zagunis would put the Cubs up 2-0, with just one away. Second baseman Paul Evans would clear the bases with a two-out double, putting the Cubs up 4-0 before the inning was over.

In the bottom of the first, Cole Hamels would start the season off by giving up a leadoff single to Delino Shields, but Willson Contreras would fix that problem by gunning Shields down as he attempted to swipe second. Despite giving up a double to the number-three man in the Rangers’ order, Hamels would escape the inning with no damage.

The Cubs would face former teammate, Jesse Chavez, in the top of the second, but that wouldn’t stop them from scoring again. After Chavez retired the first two batters he faced, (Short and Happ), David Bote would go two-for-two on a single, followed a massive Wilson Contreras blast, putting the Cubs up 6-0.

Hamels would take the mound again in the bottom of the second, but this time he’d send the Rangers down in order on just a handful of pitches.

After the Cubs went down in order in the third, Alec Mills would come on in relief of Hamels. Mills would give up a leadoff homer but would escape the inning with no further damage, striking out the final batter on three pitches. Cubs lead 6-1.

Chicago would, again, go down in order in the fourth, seeing the leadoff man Ian Happ extend his preseason hitless streak to 0-8.

Alec Mills would retake the mound in the fourth for Chicago, and despite giving up a couple of hits, he’d be spared from damage by his teammates. A double play would erase the first hit, then a signature, Willson Contreras back-pick would negate the second.

The Cubs would add to their total, yet again, in the fifth. With one out, Cristhian Adames would draw a walk, and next, Mark Zagunis (DH) would send a ball flying over the center field wall, making the score now 8-1 in favor of Chicago.

Right-hander, Tony Barnette would assume the mound duties in the top of the fifth for Chicago. After Barnette hit a batter and issued a walk, the Rangers would add a pair of runs on a two-out double. Cubs 8; Rangers 3.

The Rangers’ Zach McCallister would dispose of the Cubs in order in the sixth, and Dillon Maples, taking the mound for Chicago, would return the favor, courtesy of a fantastic catch by Charcer Burks, and a pair of strikeouts.

After the Cubs failed to score in the top of the seventh, Joe Maddon would send his 6’-7”, 250-pound righty, Dakota Mekkes, to the mound for the bottom half of the frame. Mekkes afternoon would start on a strange note after the Rangers’ Matt Davidson was deemed by the plate umpire to have been hit by a pitch. Davidson and Maples both stared in wonder, as neither thought he’d been hit. Although Davidson would eventually make it as far as third, Mekkes would exit the inning with his 0.00 ERA intact.

With one out in the top of the ninth, Cubs’ shortstop, Ryan Court, would reach on an error, followed by a Ryan Mazilli double, created when the Rangers’ left fielder lost the ball in the sun. Vimael Machin would grab an RBI, as Court would score on a groundball to third, but that would be the end of the scoring for Chicago.

Oscar De a Cruz would start the ninth, but things wouldn’t go as smoothly for him this time around. A leadoff double was followed by a two-run blast, bringing the Rangers to within four. Ryan Kellogg (LHP) would finish for the Cubs, retiring the only two batters he faced. 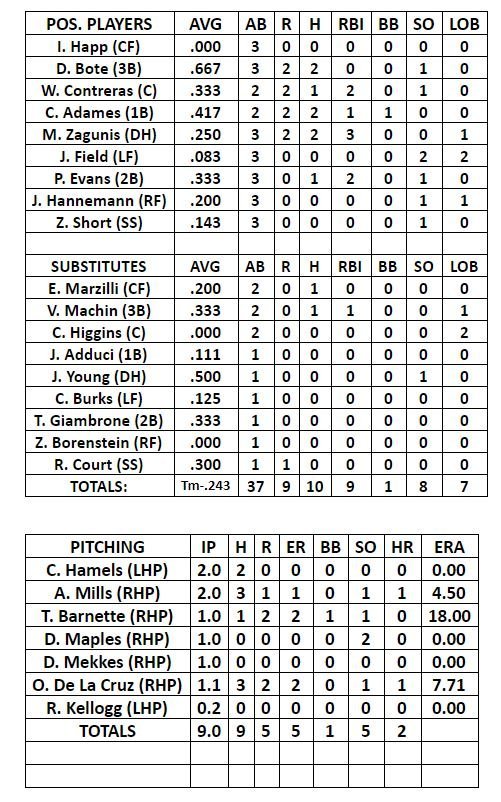