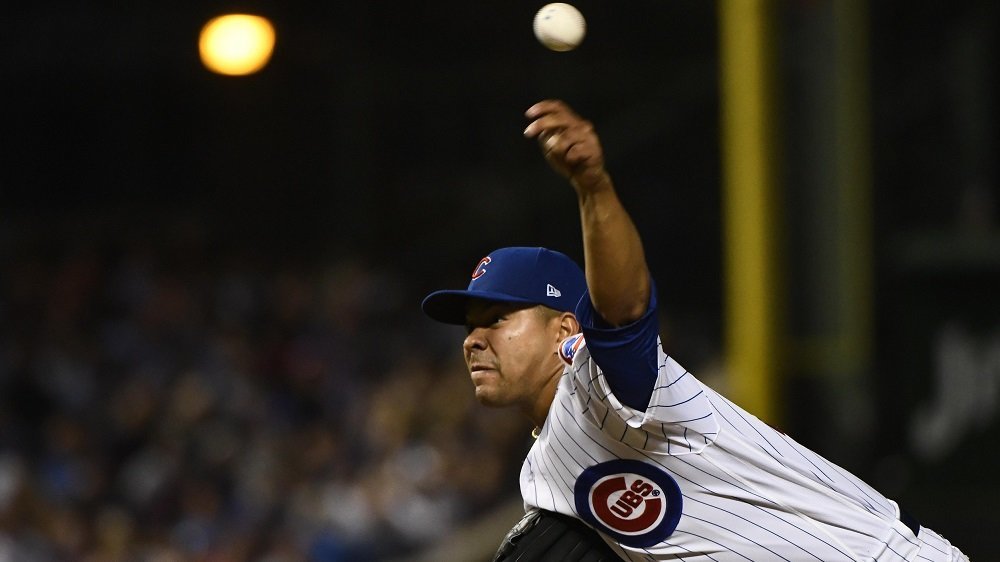 CHICAGO — Ending a three-game losing skid with a shutout victory, the Chicago Cubs (84-60) limited the Milwaukee Brewers (83-63) to just three hits in a game that was essentially defined by one inning of sloppy defense on behalf of the Brew Crew. The Cubs scored two runs in the bottom of the second, thanks in large part to a pair of Milwaukee errors, and the North Siders went on to win 3-0 and increase their lead over the Brewers in the standings to two games.

Cubs right fielder Ben Zobrist reached base to lead off the bottom half of the second because of a fielding error committed by Brewers second baseman Jonathan Schoop. Zobrist proceeded to earn his third stolen base of the year. Thereafter, Chicago infielder Javier Baez drew a walk, which was followed by a groundout that pushed both runners into scoring position for the Cubs.

With Baez at second base, Brewers starting pitcher Jhoulys Chacin attempted to pick "El Mago" off but instead sent a throw sailing into center field for a throwing error that enabled Zobrist to come home and score. After that, Cubs catcher Victor Caratini collected his first RBI of the night on a single to right that plated Baez. Although Caratini's knock was scored as a hit, Schoop somewhat misplayed it, allowing the ball to reach the outfield. Despite giving up just one hit in his five-inning start, Chacin received the losing decision to drop to 14-7 overall.

Taking advantage of Milwaukee's mistake-filled second inning, Cubs starting pitcher Jose Quintana coasted to a winning decision by striking out seven and giving up only three hits in 6.2 innings on the bump. With the win, Quintana moved to 13-9 overall. Cubs reliever Justin Wilson kept Quintana's scoreless outing intact when he replaced Quintana on the hill and recorded an inning-ending strikeout with a runner in scoring position in the top of the seventh.

Caratini padded Chicago's lead with his second RBI of the contest, which came in the form of a two-out double that ushered Tommy La Stella home in the bottom of the seventh. Caratini's double served as the lone extra-base hit of the game. Later, in the top of the ninth, Cubs closer Pedro Strop went three up, three down for his 13th save, thereby securing the 3-0 Chicago win.