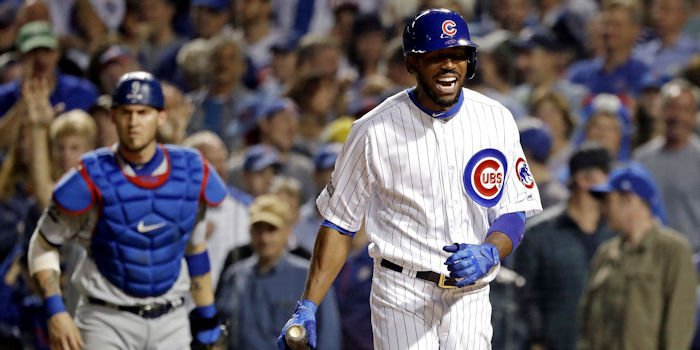 CHICAGO - In a battle of two of the top National League pitchers, the Dodgers' Clayton Kershaw outdueled Chicago's Kyle Hendricks 1-0 in game two of the NLCS on Sunday night. Chicago was 3-1 all-time in NLCS game twos but was unable to get any offense going and suffered its first postseason shutout since 2003.

Kershaw joined the great Babe Ruth as the only pitchers to beat Cubs 1-0 in the postseason after going seven innings giving up just 2 hits and 1 walk while striking out 6. Kershaw, who was pitching on three days rest after saving game 5 of the divisional series, had a perfect game going through 4 2/3 innings until Javy Baez broke it up with a single.

Hendricks was effective after being hit in the forearm in his last start. He gave up just one run and three hits with 5 strikeouts in 5 1/3 innings.

The Dodgers got the only run of the game in the second inning when Adrian Gonzalez homered to left center field. The game featured just 5 total hits - 3 for the Dodgers and 2 for the Cubs. Anthony Rizzo and Addison Russell continue to struggle at the plate and now are a combined 2-45 in the postseason.

The Cubs did have a chance in the 7th when Javy Baez flew out to deep center off Kershaw with a runner at first. The ball would have been a homer to any other part of the ballpark.