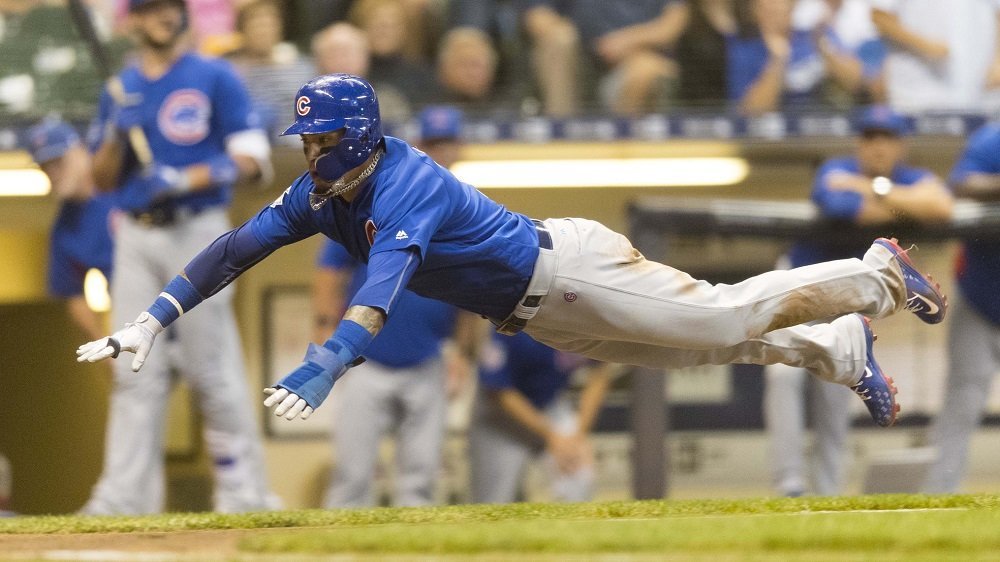 MILWAUKEE — Capping off an exciting series between the top two teams in the National League Central, the Chicago Cubs rode a four-run inning to victory over the Milwaukee Brewers at Miller Park on Wednesday. Amassing 13 hits, the Cubs were rather efficient at the plate and took advantage of the three errors suffered by the Brewers in the contest. Winning 6-4, the Cubs avoided getting swept and increased their lead over the Brewers to four games.

The fourth inning saw the Cubs take a 4-0 lead. Leadoff hitter Daniel Murphy, who went 3-4, incited the scoring action with a home run to left-center for his 10th jack of the year. After that, spark plug Javier Baez reached base on a single and scored soon afterward on a play that was very reminiscent to one that Baez scored on in game one against the Brewers.

Daniel Murphy opens the scoring with his 10th home run of the year! #EverybodyIn pic.twitter.com/Jt4eLHGR05

Just like in Monday's clash, Baez scored from first base on a routine single by Anthony Rizzo that was accentuated by a Lorenzo Cain error. Cain, the Brewers' starting center fielder, gunned an errant throw over the third baseman's head as Baez attempted to reach third base on the Rizzo single. The error enabled Baez to score and put the Cubs ahead 2-0.

Tag a friend who might enjoy this video pic.twitter.com/Cu52Aldyij

Shortstop Orlando Arcia committed another throwing error on the same play when he attempted and failed to throw Rizzo out at third base. Ben Zobrist then scored Rizzo on an RBI double to deep right, and, with two outs and Zobrist on third, catcher Willson Contreras tallied an infield single that plated Zobrist and provided the Cubs with a four-run advantage.

Interestingly, the three-game affair between the Brewers and the Cubs was laden with defensive blunders, including errors, HBPs, passed balls and wild pitches. The series finale fit that mold, as both teams benefited from defensive mistakes. The Brewers got on the scoreboard in the bottom of the fourth as a result of an RBI single off the bat of Jonathan Schoop. However, the inning could have been a lot worse for Chicago, as the battery of Contreras and starting pitcher Jose Quintana suffered several mistakes.

Quintana went on to produce a quality start, though, as he struck out five in 6.2 innings of two-run ball and picked up the win to improve to 12-9. Brewers starter Jhoulys Chacin was not so fortunate, as he gave up five runs on seven hits in 4.2 innings of work and accrued the loss to fall to 14-6. To be fair to Chacin, his efforts were complicated by the three errors committed by his teammates.

An error by Schoop on a potential inning-ending out in the top of the fifth led to Zobrist collecting his second RBI of the game via a two-out single that ushered Murphy in to score. Kyle Schwarber provided the Cubs with even more breathing room in the next inning by crushing a 436-foot no-doubter to right-center that left the bat in a hurry. Schwarber now has 25 home runs and 58 RBI on the season.

Chicago was able to stave off a Milwaukee surge the rest of the way. Following a double by Ryan Braun that put runners on second and third in the bottom half of the sixth, Schoop hit an RBI groundout to pull the Brew Crew to within four runs. Then, in the seventh frame, recently acquired veteran outfielder Curtis Granderson went yard for the first time as a Brewer. Granderson's two-run shot made the score 6-4.

Cubs closer Pedro Strop faced a threat in the bottom of the ninth, as the Brewers put the first two batters of the inning on base. Strop was able to collect himself and force three consecutive outs to escape the jam and finish off the 6-4 Chicago victory. Strop attained his 12th save for his efforts. Although they lost the series 2-1, the Cubs (82-57) earned an impressive road victory against the Brewers (79-62) to finish off the three-game set on a positive note.