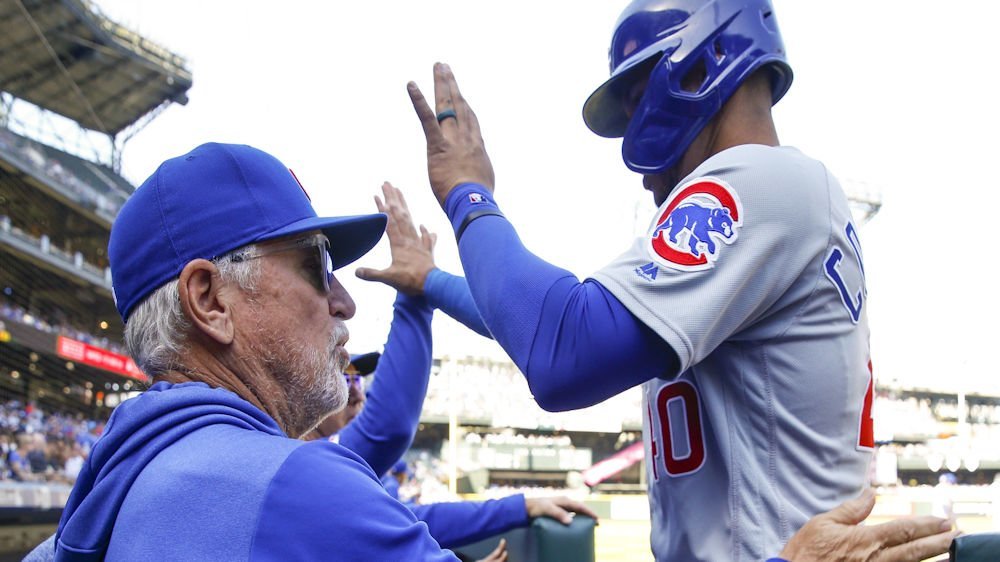 As the all-star break is nearly ten days away and the trade deadline rapidly approaching after that, the Cubs have shown the fans that they are not a perfect team and do need some acquisitions or changes to become complete contenders for this year’s World Series.

Theo Epstein has addressed the two most considerable offseason needs in leadership and a closer. Daniel Descalso and Ben Zobrist did most of the heavy lifting in that regard before Zobrist’s unfortunate family circumstances sidelined him in May. Recently Carlos Gonzalez was acquired to serve that role, but was recently let go to make room for some pitching help as his struggles (batting under .200) could not be overlooked.

As the Cubs continue to play .500 baseball as of late, but still cling to a one-game lead in the NL Central, they appear as a team with significant potential but also a few holes that could turn gaping.

Let’s take a look at those holes.

This seems to be what is continually brought up in post-game interviews when the Cubs lose a close, winnable game. With bats that continue to slug long ball, in moments when it matters the Cubs can’t seem to find the big hit. The team strikes out far too frequently in these situations rather than changing the approach and putting balls in play. The Cubs have dipped to a batting average of below .250 with runners in scoring position, a mark near the bottom of the National League.

The Cubs recently dumped their offensive weapon that has struggled the most in Carlos Gonzalez. Every day the Cubs’ bench features a mix of Daniel Descalso, Addison Russell, David Bote and Albert Almora who have all had extreme struggles in June. Descalso’ batting average remains below .200. Albert Almora’s on-base percentage is below .300, and his overall production has dipped considerably since hitting that little girl in the face with the foul ball in Houston. Addison Russell is not the same player he was in 2016, and the Cubs hardly win when he starts. David Bote is probably the best option here but has also been struggling, hitting .063 in the past week.

The Cubs have relied too much on the long ball as of late, and Joe Maddon has made it clear that the team “needs to be better.” Anthony Rizzo has claimed that the team needs to get back to grinding at-bats and being tough outs. Which is when the Cubs were their best in 2016, they were taking there walks, making pitchers work and forcing them out of games, scoring runs via the single, and running the bases effectively. The Cubs continue to show flashes of this domination, but the consistency has been their kryptonite in 2019.

The Cubs have depth in their rotation with rookie Adbert Alzolay, utility pitcher Tyler Chatwood and struggling swingman Mike Montgomery. The Cubs also have plenty of options in their bullpen now that Craig Kimbrel has arrived with Dillon Maples, Ronan Wick, and Tony Barnette continuing to come to and from Iowa. This is all considering the Cubs are without their two best pitchers in Kyle Hendricks and Cole Hamels. What the Cubs lack is a left-handed specialist type pitcher and who can get tough outs. Kyle Ryan has been better against righties than lefties, and Mike Montgomery has struggled against anybody with a bat this season. Should the Cubs make a deep run into the playoffs, a left-handed pitcher who can get the likes of Freddie Freeman, Cody Bellinger or Christian Yelich out.

The Cubs have been road warriors, and the past and some articles have called them road worriers of late. The Cubs started the season with a 2-7 road trip, recently suffered from a 2-5 trip, with a 1-5 trip in between the two. The Cubs are 15-22 on the season and with trips coming up against Pittsburgh, San Francisco, the south side of Chicago and Milwaukee among others, getting on a run especially on the road could not hurt this squad looking to separate themselves from the rest of the pack in the NL Central.

The Cubs could probably make the playoffs without addressing any of these issues and staying pat with their roster. However making a few key moves to add depth on the bench and a left-handed specialist in the bullpen combined with alternating the approach to grinding at-bats, the Cubs could turn into a powerhouse.