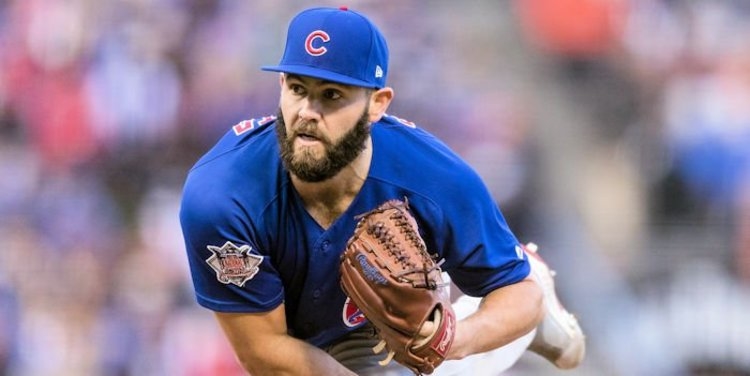 Unlike the offense, this has far more question marks than the offense does, and there are a lot of injuries that the staff is dealing with. That ultimately could change how this list looks come the end of camp depending on how these players recover. If all the players see the field sometime in the next three weeks, I think the roster could look.

Starters (5) Kyle Hendricks, Zach Davies, Jake Arrieta, Trevor Williams, Adbert Alzolay: The Starting pitching will look drastically different this season with only Hendricks as the lone returning starter. Arrieta is back after a three-year injury-riddled Phillies career, and Davies will look to slide in and fill the void left by Yu Darvish. These three are set in stone, and the only thing that may change is the order between Arrieta and Davies.

The back end of the rotation has some significant question marks, and plenty of arms will be competing for the final two spots. The No. 4 spot is Williams spot to lose, and a lousy spring would ultimately decide that. Should he come in and pitch decent, look for him to hold down that fourth spot in the rotation. The fifth spot is where things will be interesting.

Guys like Alec Mills, Kohl Franklin, Cory Abbott, Shelby Miller, Tyson Miller, and Alzolay will be battling for that final spot. From an experienced side of things, Mills may be the front runner.

However, given the massive improvement, Alzolay made after adding the slider to his repertoire, the Cubs will give him every opportunity to lock down the No. 5 spot. I think he does just that, but expect his innings to be monitored, especially early in the season.

Long Relief (2) Alec Mills and Duane Underwood: With five starters, the Cubs will be going with an eight-man pen at least the first few months of the season. The long relief role isn't talked about all that much, but Mills and Underwood appear to be logical options for this spot. Mills is not only out of options but will be battling for the fifth spot in the rotation.

Regardless if he gets the spot or not, he will be on an innings limit like Alzolay. That is why I expect him to start the season as a long-relief swing type of guy that could give the Cubs innings if needed. Much like Mills, Underwood is out of options, and if he isn't on the major league roster, he is subject to release. In essence, he makes this roster by default. Underwood has all the tools to be a strong reliever and learn how to harness those tools more consistently.

Potential options Shelby Miller and Jonathan Holder: Both Miller and Holder will get plenty of looks this spring in hopes of landing on this team. Holder, I think, has the best shot at being a guy to break camp as he gives the Cubs plenty of big-league experience. On the other hand, Miller is coming back from a series of injuries, and the Cubs don't know what they have at this point in him yet. A good spring could give the Cubs a great weapon to deploy.

Middle Relief (3) Kyle Ryan, Brad Weick, and Jason Adam: The one thing you notice about this group is that two are currently injured. Adam is the one healthy guy, and if he pitches the way he did last season, look for him to break camp as a seventh-inning guy. The health of both Ryan and Weick are up in the air, and that will ultimately seal their fate.

Both are left-handers, which this bullpen needs, and both have shown signs of being great relievers. Ryan is more valuable than Weick as he can do so much more, but Weick has the potential to be an Andrew Miller type reliever. Ryan should be ready to go by March 10, but Weick is coming off a heart procedure last spring, so there is no telling what could happen with him.

Should those two not be ready for the regular season, guys like Dan Winkler, Rex Brothers, and Pedro Strop would be guys to watch.

Winkler has been re-signed after pitching very well down the stretch last season, Brothers gives the Cubs the left-handed arm they need, and Strop has proven to be one of the best relievers in Cubs history when healthy. This is the one area that will be the biggest mystery during spring.

Late-Inning Relief (3) Rowan Wick, Brandon Workman, and Craig Kimbrel: The eighth and ninth inning roles appear to be solidified this season, with Workman replacing Jeremey Jeffress in the eighth and Kimbrel moving back to the ninth. The other late-inning spot is up for grabs as Wick's health at the moment is a concern.

If Wick is healthy, he will undoubtedly be added to the back end of the pen as he has shown tons of promise handling seventh, eighth, and ninth inning situations. The severity of his injury isn't known now, but he is dealing with the type of injury that could take months to heal fully.

Should Wick be another one of those players who isn't ready for Opening day, Andrew Chafin, Manuel Rodriguez, James Norwood, and Dillon Maples will all be considered options. Chafin is the lone lefty on this list and is more of a finesse type of guy compared to the other three.

Whatever happens this spring, the bullpen battle will not only be competitive but will undoubtedly a position to watch.

The Cubs have plenty of options to choose from and plenty of depth that they will be sorting through. That is a great problem to have and something that will come in handy this season.