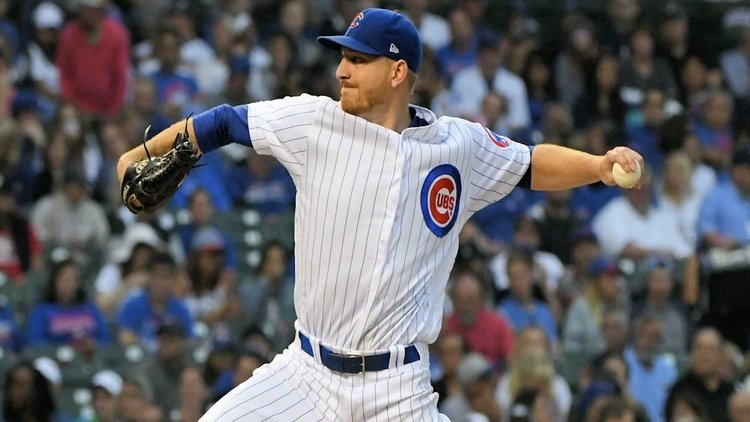 Joe Maddon and the Chicago Cubs have plenty of arms to utilize in their starting rotation and through the bullpen. With recent additions of Tony Barnette and appearances from Allen Webster, Alec Mills, James Norwood, Randy Rosario, Tim Collins, Xavier Cedeno, and Dillon Maples at the big league level, this season the Cubs have shown that they have plenty of depth in the organization.

Theo Epstein and Jed Hoyer made it clear that they will not hesitate to dip into the minors and pull up arms that can help.

Tim Collins has been designated for assignment. Allen Webster and Xavier Cedeno are currently on the IL. James Norwood, Alec Mills, Dillon Maples, and Randy Rosario are currently contributing at the minor league level. The Cubs are also expecting returns from Kyle Hendricks and Carl Edwards Jr. off the 10-day IL along with the long-awaited arrival of elite closer Craig Kimbrel.

Adbert Alzolay is also a recent addition to the big league club, and dazzled in his first appearance and earned himself the win and a potential stay on the big league roster.

The Cubs’ bullpen has about three current guys in Joe Maddon’s circle of trust. Brandon Kintzler, Steve Cishek, and Pedro Strop have all not only been reliable but effective out of the pen this season. Kintzler sports a 2.18 ERA with 30 strikeouts in 30+ appearances. Pedro Strop and Steve Cishek have mainly handled the last inning, combining for 16 saves between them.

It seems like Carl Edwards Jr. has earned his way into that circle of trust this season and upon his return would nearly guarantee him a spot on the active roster.

Craig Kimbrel’s arrival to the club will simultaneously be his arrival into Joe Maddon’s circle of trust so that currently leaves the Cubs with five locks for the bullpen. Carl Edwards Jr. and Brandon Kintzler in 6th inning type high leverage roles, with Steve Cishek and Pedro Strop handling the 7th and 8th inning and Craig Kimbrel the man out of the pen in the 9th.

That gives the Cubs six bullpen arms that are guaranteed and three to be filled. Assuming the starting rotation goes back to usual:

The Cubs have a few options to fill the final three spots and five players to chose from.

The Cubs have the young option in Adbert Alzolay, the veterans in Brad Brach and Tony Barnette and a pair lefties in Mike Montgomery, and Kyle Ryan.

If the Cubs chose to have Adbert Alzolay stay as the hybrid 6th starter, I would bet that Brad Brach and Kyle Ryan would fill the final two spots considering they have pitched the most out of the five players listed. Ryan is the Cubs’ only lefty in this hypothetical, but aside from one stretch of inconsistency Ryan has been relatively reliable as a lefty out of the pen. Brach, however, has struggled with command all season long but does have the stuff to be a trusted piece of the bullpen down the stretch of the season.

Mike Montgomery would be the odd man out and most likely used as trade bait. Montgomery is simply not a left-handed specialist and really needs to work as a starter to maximize his abilities. The Cubs will always remember him for earning the save in game seven of the 2016 World Series, but they do not have a spot for him on the big league roster when they are fully healthy.

If Alzolay were sent back down the minors, the Cubs would keep Montgomery on the active roster, and he will serve the long relief role. But saying they keep him up, the Cubs’ pitching staff would look like:

The options are plentiful. It will be up to Epstein and Maddon to work together to compile the perfect combination, one that hopefully leads deep into November and to eventual World Series Rings.